England captain Eoin Morgan refused to hit the panic button after defeat by Australia on Tuesday left his team's hopes of reaching the Cricket World Cup semi-finals in the balance.

The pre-tournament favourites and hosts have now lost three group games and may need to beat India and New Zealand in their next two matches to make the last four.

"Our chances are still strong," Morgan told a news conference.

"Everything is within our control, we just need to produce a performance worthy of winning one or two of those games."

England put Australia in to bat at Lord's and after Aaron Finch and David Warner shared an opening partnership of 123, they did well to restrict the defending champions to a total of 285-7.

But England collapsed to 26 for three and Ben Stokes's 89 was the only innings of substance as they were bowled out for 221, trying to play the positive cricket that took them to the top of the world rankings but failing to execute.

"This game and the last we’ve struggled with the basics of our batting mantra, doing the basics well, building partnerships, and that’s disappointing," Morgan said.

England played well to beat South Africa, West Indies, Bangladesh and Afghanistan but surprise defeats by Pakistan and Sri Lanka put them under pressure to make the knockout stages.

"Confidence isn't where it was at the start of the tournament, simply because we started really, really well," Morgan said. "It's a matter of rebuilding it, going back to our strengths and hopefully sticking to it."

Morgan said the 64-run defeat by Australia was easier to take than the loss to Sri Lanka in which England failed to chase down a very modest target of 233.

"Today is easier than the game against Sri Lanka, in many ways because today we didn't compete for a lot of the game. We need to be better," he said.

England's next match is against India on Sunday.

© Copyright 2022 Reuters Limited. All rights reserved. Republication or redistribution of Reuters content, including by framing or similar means, is expressly prohibited without the prior written consent of Reuters. Reuters shall not be liable for any errors or delays in the content, or for any actions taken in reliance thereon.
Related News: Eoin Morgan, England, Sri Lanka, Australia, Mitchell Starc
COMMENT
Print this article 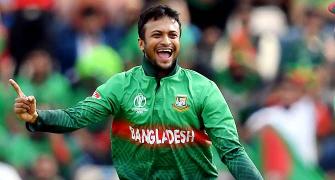 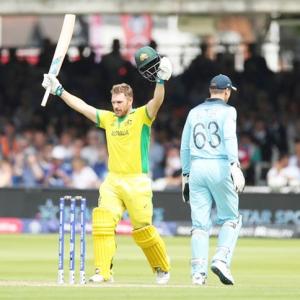