More minuses than plusses from India's tour of South Africa

IMAGE: India's stand-in ODI captain KL Rahul was left to do a lot with too little at his disposal against an opposition, which had gained invaluable confidence after South Africa won the Test series. Photograph: Sumaya Hisham/Reuters

A stand-in captain, who seemed stunningly short of ideas, few seniors at the business end of their careers and a dated approach in white-ball cricket -- India's woes during the tour of South Africa were many, turning what started memorably into an eminently forgettable outing.

The signs were ominous even before they departed with now former Test skipper Virat Kohli's much publicised acrimony with top BCCI officials.

The entire episode didn't leave the team in good stead and once there it all went haywire after the opening Test win.

Stand-in ODI captain KL Rahul was then left to do a lot with too little at his disposal against an opposition, which had gained invaluable confidence.

In the end, it turned out to be a nightmare with dark clouds hovering over the future of this Indian team and no sign of 'VIBGYOR' in the Rainbow Nation.

Virat Kohli and his problems

IMAGE: Virat Kohli registered two half centuries in the ODIs with minimum fuss where he looked more like an accumulator rather than an enforcer that one associates with 'King Kohli'. Photograph: Sumaya Hisham/Reuters

Kohli might not admit but the former captain is going through the toughest phase as a cricketer after having given up captaincy in two out of three formats and being sacked in another.

But because he is Kohli and in a different class, he managed a fine 79 in the lost third Test, where he looked the best.

He also registered two half centuries in the ODIs with minimum fuss where he looked more like an accumulator rather than an enforcer that one associates with 'King Kohli'.

The meltdown at Cape Town with his misdirected anger at broadcasters for a DRS gone wrong also tarnished his reputation and letting the game drift away with mindless antics wasn't his finest hour when it came to judging his temperament.

But if one is blunt, KL Rahul perhaps blew his chance towards being a long-term option across formats once Kohli relinquished Test captaincy after losing the Test series.

His bowling changes didn't work in the middle overs and after watching Temba Bavuma make some inspired moves like starting the attack with Aiden Markram, he introduced Ravichandran Ashwin early in one game but that was more of a reactive move rather than a pro-active one.

"Did KL Rahul by any stretch look like a captain to you?" a senior BCCI official counter-questioned PTI when asked if he would be considered for the Test captaincy factoring in Rohit Sharma's track record of injuries.

It is understood that coach Rahul Dravid wants to see his namesake as a long-term option and it was evident that he didn't want to put a lot of blame on his captaincy.

"He did more than a decent job and a lot about captaincy is how your players execute the skills. We were short on the ODI side. He will grow constantly and get better as he leads more," Dravid's observation drifted towards the old adage of a captain being as good as his team.

But what would hurt Rahul more is his approach in batting which was more about self preservation. The 55 off 79 balls in the second ODI deserves more criticism for the balls wasted and strike not rotated rather than the runs accumulated by him.

It is for sure that Rahul, if he has to be in the scheme of things in white-ball cricket, will have to bat in the middle-order and be a finisher.

Lack of fearlessness in Test matches 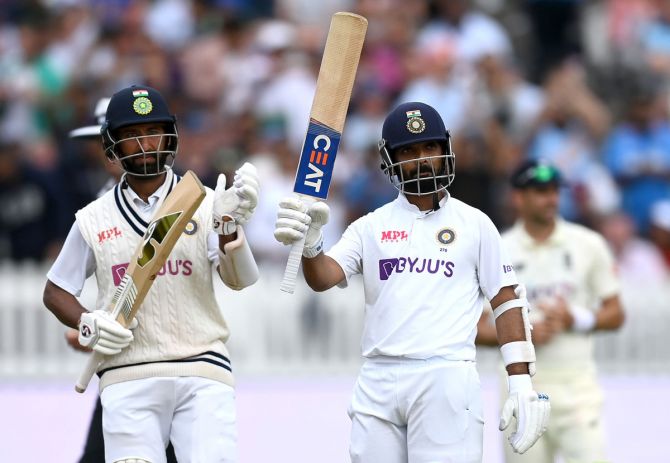 IMAGE: If two careers have reached the finishing line, it's that of Cheteshwar Pujara and Ajinkya Rahane who didn't even score 200 runs in six innings in the three Test matches. Photograph: Gareth Copley/Getty Images

What stuck out like a sore thumb is the fact that even the biggest of Proteas fans couldn't have imagined that a team facing huge transitional problems and a coach due to face a commission inquiring into his racial misconduct, would turn the heat on and win five out of six international matches and that too at a canter.

The South Africans played good cricket but were liberally helped by an Indian team that didn't walk the talk on its proclaimed cricketing philosophies.

There wasn't any fearlessness for better part of the tour, no innovative, out of box thinking and at times, they seemed short on execution of skills.

Cheteshwar Pujara and Ajinkya Rahane showed some spark in the second innings of the second Test but for the better part, they were not playing their positive game.

Pujara and Rahane didn't even score 200 runs in six innings and the latter's mode of dismissal -- catch to wicketkeeper or slips to back of length rising deliveries on off-stump channel -- became embarrassing after a certain point.

If two careers have reached the finishing line, it's that of this duo as giving them a chance to succeed against a weak Sri Lanka on home soil would be a travesty to the likes of Hanuma Vihari, who have long waited for their opportunities.

While talking about bowling, Ishant Sharma not making it among India's top five pacers also doesn't augur well for the 100-Test man as it seems that that the management no longer has a lot of faith in him.

The bowling looked too dependent on Jasprit Bumrah and Mohammed Shami in Test matches but both will require rest from time to time.

Ashwin bowled decently but it was another tour of a SENA country where lack of conducive wickets meant that he was largely ineffective.

Ashwin's second coming in white ball cricket wasn't a great one either as he looked flat and out of ideas.

The South Africans played him with ease across formats and it is highly unlikely that Ashwin will feature a lot in India's white-ball scheme of things going into 2023 World Cup.

If Ashwin was disappointing, Bhuvneshwar Kumar was an unmitigated disaster as his pace seems to have dropped by a few notches and the swing is gone.

The bowling lacked sting as well as variation, something that hurt India in middle overs and Dravid was first to admit it.

"Without just saying spinners, we think we need to improve our wicket-taking options in the middle overs, spinners play a big role in that but also you have the quicks coming back and kind of balls that we bowl," Dravid said.

"We have discussed that and we have spoken about that and we understand that it's an area of the game we have been behind  a little bit.

"Yes, there are many learnings from this tour, things that we need to keep improving and keep getting better at, and get personnel to do certain things where we are probably lacking a bit. Good thing is that we have some time in ODI cricket to correct those things," Dravid said.

The time has probably come for the Indian team to accept that Rishabh Pant will come as a package with dismissals that enrage people and then play a gem which only he can play.

But the bigger problem is Shreyas Iyer, whose technical deficiency against the short ball has been badly exposed on this tour although it has been a talk in the Indian cricketing circles.

That was also one of the reasons Shreyas is still not being thought of as a ready replacement of either Pujara or Rahane as he might be found wanting in testing red ball conditions.

As far as white ball is concerned, Dravid had laid the mandate and it means "security and stability would be given but strong performance will be demanded too."

Chahar and Shardul only silver lining

If there is one positive from this tour, it was Shardul Thakur and Deepak Chahar taking extra initiative to show that they can be used as multi-skilled players in future, something that had impressed Rahul Dravid too.

"Certainly he (Deepak Chahar) has shown us in the opportunities that he has got in Sri Lanka and over here as well that he has got some really good ability with the bat and I have seen him at India A level to be honest, and I know that he can bat quite well and certainly gives us nice options

These two will get a lot of games in future.

"We would like to give him a few more games along with Shardul and some other people as well who can step up in the course of time in next year or so, and hopefully give us that depth in the side," he said. 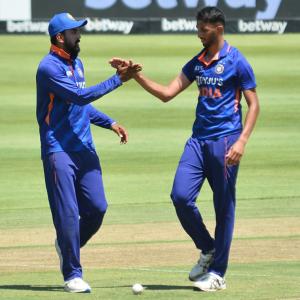 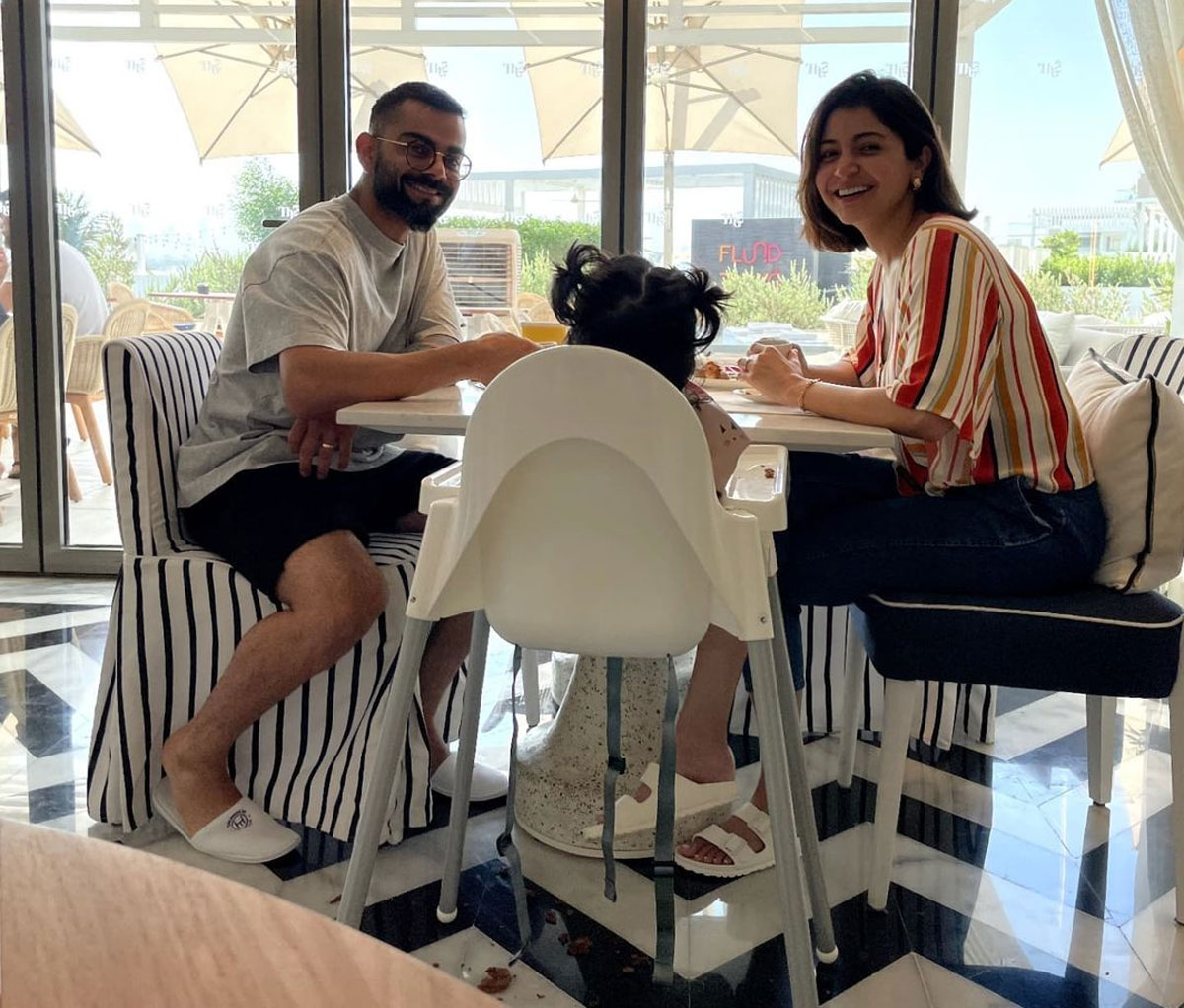