Embroiled in a legal tussle with the BCCI, former IPL commissioner Lalit Modi has requested the Cricket Board to adjourn its Special General Meeting, where he could be handed a life ban, till the matter was sub-judice. 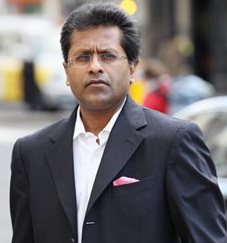 On Tuesday, the Delhi High Court had allowed the BCCI to conduct its Special General Meeting in Chennai on Wednesday. With that, the decks were cleared for the Board to impose a life ban on Modi for alleged financial irregularities while being at the helm of the cash-rich league from 2008-2010.

But Modi got some reprieve when the Supreme Court agreed to hear his plea for a stay on the meeting.

"In such circumstances, I would request you to kindly adjourn the meeting. In the event you do not adjourn the meeting kindly place the present letter and the witness statement made by me to the Disciplinary Committee which was refused to be taken on record by them and was not considered by them," Modi said in a letter addressed to BCCI Secretary Sanjay Patel.

"This statement though not taken on record is available both with the BCCI and the Disciplinary Committee. In case the same is not readily available in your records kindly let me know I will provide a copy of the same," he added.

"Please convey my request to all the members for adjourning the present meeting to a date after the AGM, which is to be held on 29.9.2013, so that duly authorised office bearers can convene a SGM.

"Please note that I do intend to appear before the SGM and place my version and the facility that was extended to the BCCI witnesses for the purposes of recording of their evidence that is by way of video conferencing may kindly be extended to me as well."

The SGM, which is likely to be chaired by president in-exile N Srinivasan, has been convened to discuss the report of the Disciplinary Committee on Modi and decide the quantum of disciplinary punishment. Two-third of the majority will be needed to vote in favour of Modi's life ban.

Source: PTI© Copyright 2021 PTI. All rights reserved. Republication or redistribution of PTI content, including by framing or similar means, is expressly prohibited without the prior written consent.
Related News: BCCI, SGM, Modi, Cricket Board, AGM
COMMENT
Print this article