IMAGE: The Indian team is definitely in need of players like Dinesh Karthik, who can go ballistic from ball one. Photograph: BCCI/IPL

IPL form can't be the sole criteria for a national call-up but Dinesh Karthik and Rahul Tewatia with their stellar shows as finishers for their respective franchises have certainly made a strong case for themselves in the coming months leading up to the T20 World Cup.

The ICC event in Australia is still more than four months away but the selectors and team management will soon have to decide on their core group of players, starting with the five match home series against South Africa next month.

The finisher's job is only gaining significance in the power-packed modern game and the Indian team is definitely in need of players who can go ballistic from ball one.

In the absence of Hardik Pandya due to fitness issues, the Indian team management tried out Deepak Hooda and Venkatesh Iyer in the middle-order post World Cup debacle last year but they haven't yet found closure as far as their search is concerned.

Hardik, who has done well in the IPL in what has been his comeback competition, too has thrown himself back into national contention. However, Hooda and Hardik have been batting higher up in the order for their respective IPL teams but are expected to play lower down for the national team.

Venkatesh has had a tough second year in the IPL and has gone down in the pecking order of finishers.

With Ravindra Jadeja being the only established finisher in the Indian team, IPL performers like Karthik and Tewatia sensed an opportunity and have made full use of it. 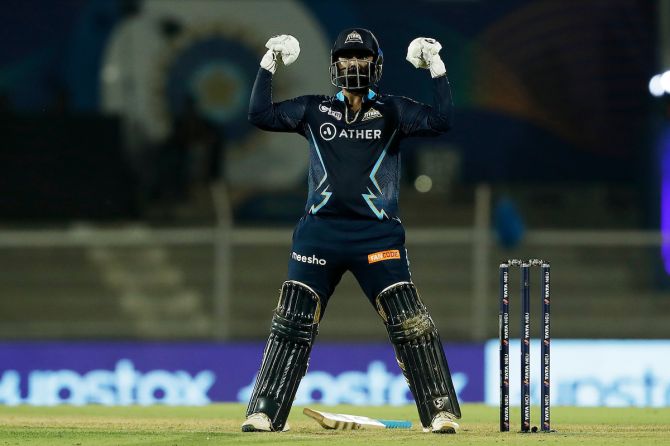 Tewatia has built a reputation of winning games from improbable situations while Karthik, who had made his India debut way back in 2004, has shown insatiable hunger to make another comeback.

Former India chief selector MSK Prasad feels both Karthik and Tewatia must be tried in the series against South Africa beginning on June 9 besides calling for Hardik's return.

"Hardik, Jaddu, Karthik and Tewatia are my top four for the finisher's role. DK and Tewatia has been brilliant in this IPL and Hardik has made a good comeback. The World Cup is still some time away but the likes of DK and Tewatia should get their opportunity.

"If you look at DK, he has consistently done well for India in the T20 format, Nidahas Trophy being the highlight," Prasad said.

On Hardik, he said: "He will be one of your main players in Australia where the T20 World Cup is. But I also want to see him bowling regularly. We will need his all-round skills Down Under."

Hardik has not been bowling for Gujarat Titans in every game but has bowled closed to 20 overs during the course of the season besides getting crucial runs at number four.

Prasad's former colleague in the erstwhile selection committee, Sarandeep Singh, said the Baroda all-rounder has to bowl regularly to be in the scheme of things.

"He can't just play as a batter in the side. You lose out on a crucial bowling option that way. DK can be given a go but can he play only as a batter with Rishabh donning the gloves, I am not so sure about it.

But he has certainly made a case and he has got all the experience.

"He also has the ability to change his role if wickets fall in a heap. Tewatia too has done well in the IPL but I doubt if he could replicate his form in Indian conditions in Australia. The bowlers are likely to bounce him out I feel," said the former India spinner.

Tewatia had received an India call up last year but failed a fitness test.

He added that Venkatesh should be persisted even if he is having an ordinary IPL.

Among other players who should be tried in other roles against South Africa including young pacer Umran Malik, reckons Prasad.

"Shami and Bumrah are your frontline pacers but you also need a bowler who can regularly clock 150 kmph. Umran has been doing that. It is also heartening to see Kuldeep and Chahal doing well for their IPL and should be back bowling together for India," said Prasad. 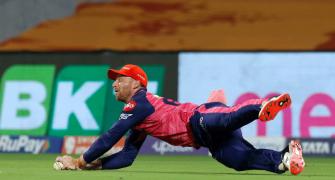 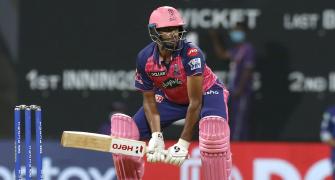 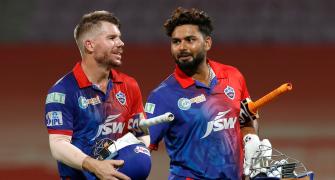 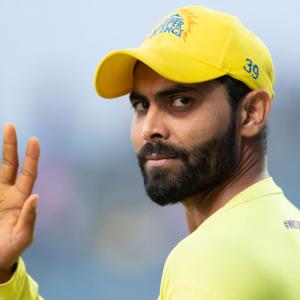 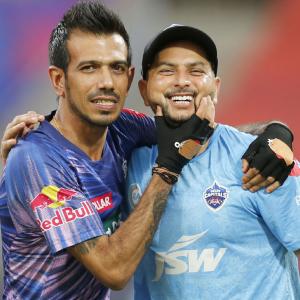