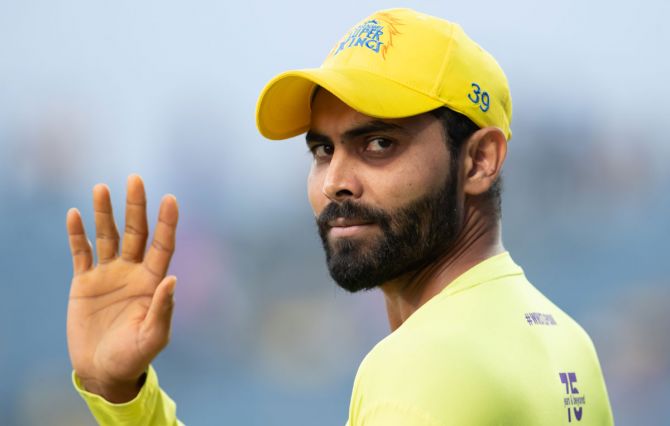 IMAGE: Ravindra Jadeja, who has been an integral part of CSK for almost 10 years, was unfollowed by the team's official Instagram handle after he was ruled out of IPL 2022 with rib injury. Photograph: BCCI

Chennai Super Kings' star all-rounder Ravindra Jadeja was on Wednesday ruled out of IPL 2022 with injury, however, it was the news of CSK's official Instagram handle unfollowing Jadeja which sent social media buzzing.

Jadeja, who has been an integral part of CSK for almost 10 years, was unfollowed by the team's official Instagram handle after he was ruled out of IPL 2022 with rib injury.

The all-rounder's sudden departure and being unfollowed on Instagram sparked rumours of a rift with the franchise. This has led to speculations on social media that Jadeja left the season abruptly because of some issues with the team.

"CSK management & dhoni played cheap politics with #Jadeja first dhoni made him scapegoat captain to blamed for worst season, then sacked him from captain in just 8 matches, then Dhoni criticised his captaincy, then #CSK unfollowed him & now sacked from IPL BEST PLAYER but insulted," said an user on Twitter.

"Something had been brewing for sometimes and that could be the reason of his relinquishing the captaincy. And Jadeja was not in his natural self . And then news of his injury came....looks a mystery," said another user.

Jadeja was the most expensive player for CSK in IPL 2022 being retained for Rs 16 crore. He was also appointed as the skipper of the team, just a couple of days before the beginning of IPL 2022.

However, after managing just two wins from eight games, Jadeja handed the captaincy back to Dhoni to focus and concentrate more on his game. He also struggled with his personal form -- scoring only 116 in 10 games at an average of 19.33 with the best score of 26 not out, while picking up only five wickets with the ball.

CSK CEO Kasi Viswanathan said Jadeja's exit was purely on medical advie and he 'firmly remains in the CSK’s scheme of things'.

"Social media, I absolutely do not follow anything. I have no knowledge of what is going on there. What I can tell you is that from the management side, there has been no problem and whatever is there on social media, I’m not aware. Jadeja firmly remains in the CSK’s scheme of things for the future, always," Viswanathan told The Indian Express.

Giving further details on Jadeja's injury, he added: "Jaddu had an injury during the game against RCB and after that he didn’t play the game against Delhi Capitals. On medical advice, it has been decided that he cannot participate further in this IPL and he is heading back home. He has been released."

Dhoni also said the pressure and demand of captaincy took a toll on Jadeja and affected the all-rounder's mind, resulting in his below-par showing in IPL 2022.

"I think Jadeja knew last season he would be captaining this year. For the first two games, I oversaw his work and let him be. After that, I insisted he take his own decisions and responsibility for them.

"Once you become captain, it means a lot of demands come in. But it affected his mind as the tasks grew. I think captaincy burdened his prep and performances," Dhoni said after the match against Sunrisers Hyderabad.

Dhoni said Jadeja taking over the mantle of the side was a gradual transition, which he wanted.

"He knew and got enough time to prepare, what is important is you want him to lead the side and I wanted that transition to happen. At the end of the season, you don't want him to feel as the captaincy was done by someone else and I am just going for the toss.

"Once you become the captain, we have to take care of lot many things and that also includes your own game," he said. 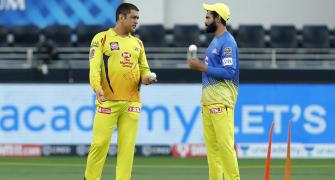 Jadeja hands over CSK captaincy back to Dhoni 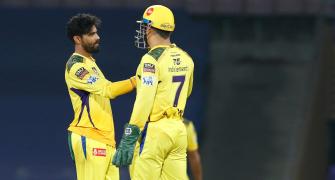 I am still learning as captain, says Jadeja 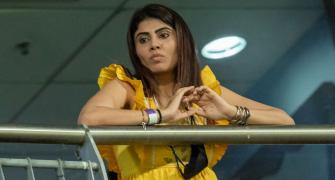 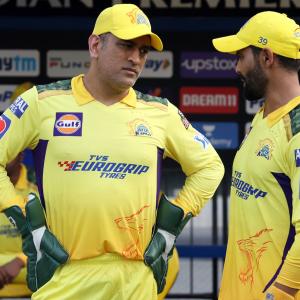 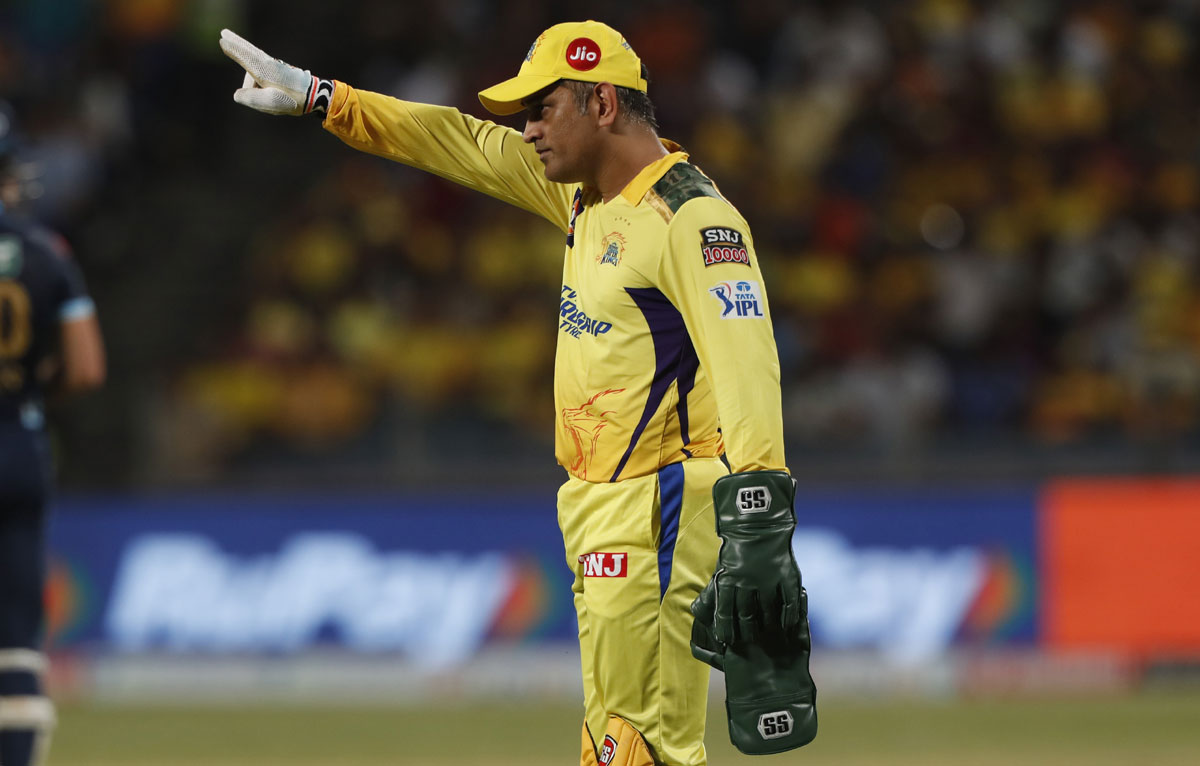 'Nothing happens in CSK without MSD's approval'