'Rohit Sharma himself would like to showcase his talent, because I always feel that his style of batting and talent is very suited for the Australian wicket.' 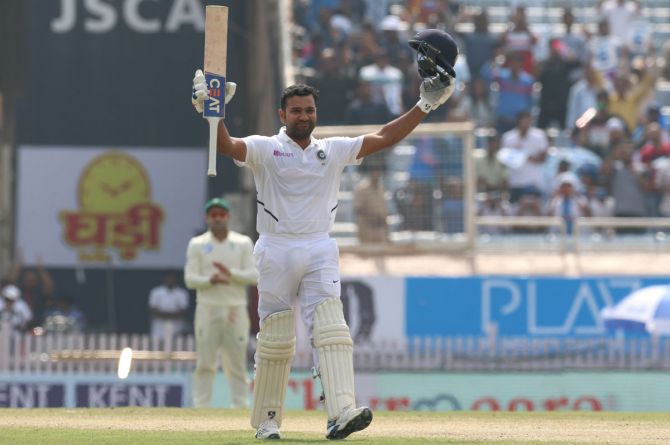 The Australian wickets suit Rohit Sharma's batting style and if he can see off the pacers with the new ball, the Indian vice-captain can conjure a big century in the third Test against Australia at Sydney, reckons former India batsman VVS Laxman.

An injury during the IPL forced Rohit to miss a major part of the Australia tour, where India lost the ODI series, won the T20 assignment and the Test series is locked at 1-1.

Laxman feels struggling opener Mayank Agarwal, who has scores of 17, 9, 0, 5 in the first two matches, will make way for Rohit in the Sydney Test, starting on Thursday.

"The Indian cricket team will be very pleased to have Rohit Sharma back, especially when Virat is not there. You want more experience in the Indian dressing room, because now is the perfect opportunity for us to go 2-1 in Sydney and then probably win 3-1," Laxman said on Star Sports' show Cricket Connected.

"Rohit Sharma himself would like to showcase his talent, because I always feel that his style of batting and talent is very suited for the Australian wicket.

"So, if he gets his eye in, if he sees through the new ball, I am sure that a big hundred is on the cards as far as Rohit's batting is concerned," he added.

Rohit has featured in only 32 Tests since making his debut in 2013.

Laxman also said that Indian team fought back in splendid fashion after the Adelaide Test debacle.

"See, a lot can be talked off the field but I think the reply, and a very a fitting reply has been given by the Indian team.

"It's obvious that once you're bowled out for 36, various cricket experts will think that Virat Kohli leaving the series and (Mohammed) Shami being ruled out, the Indian team could sort off disintegrate and could result in a very poor outing in the reminder of the series but credit to the entire team, support staff, the way they bounced back positively.

"I would say to my viewer friends and experts, never rule out anything, especially not the Indian cricket team," he added. 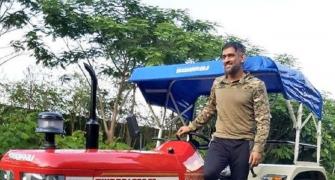 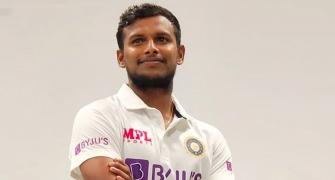 Natarajan awaits next challenge as he dons Test whites Australian batsmen working on how to counter Ashwin... 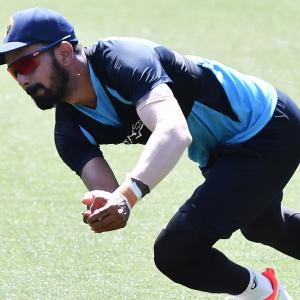