'I think he is 30 short of that 100 hundreds, I think he will be able to achieve it before he retires.' IMAGE: Virat Kohli, who made his India debut in 2008, has hit a total of 70 centuries in international cricket, including 27 in Tests and 43 in ODIs. Photograph: BCCI

Former all-rounder Irfan Pathan marked India captain Virat Kohli as the one batsman among the current lot, who has the ability to go past Sachin Tendulkar's world record of 100 centuries in international cricket.

"I am sure 100 hundreds, he might not be talking about it but you know if anyone could achieve that feat, after Sachin Tendulkar he is the one. You know he has achieved so much with such little time and I hope if anyone breaks the records of 100 hundreds because I was part of Sachin's journey when he scored that last hundred as well," Pathan said on Star Sports show Cricket Connected.

India's batting great Tendulkar is the first and only batsman to register 100 hundreds in international cricket -- 51 centuries in Tests and 49 in One-Day Internationals.

Among the current lot of batsmen, Kohli, with a total of 70 centuries in international cricket, looks the only one who could break Tendulkar's record.

He is third on the list for most international centuries, behind former Australia captain Ricky Ponting (71).

"But I always wish if anyone breaks the record he has to be an Indian and Virat has the ability and fitness, which is the most important thing to be able to achieve that feat. I think he is 30 short of that 100 hundreds, I think he will be able to achieve it before he retires and I hope so and that’s the target he will have in his mind," said Pathan. 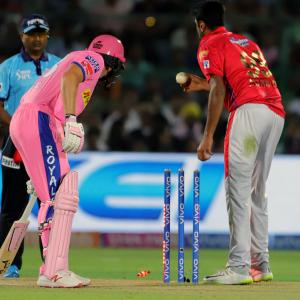 'Why is Mankading looked in a negative way?' 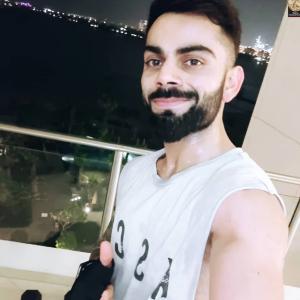