'I've left what happened at the ground and I've moved on.' 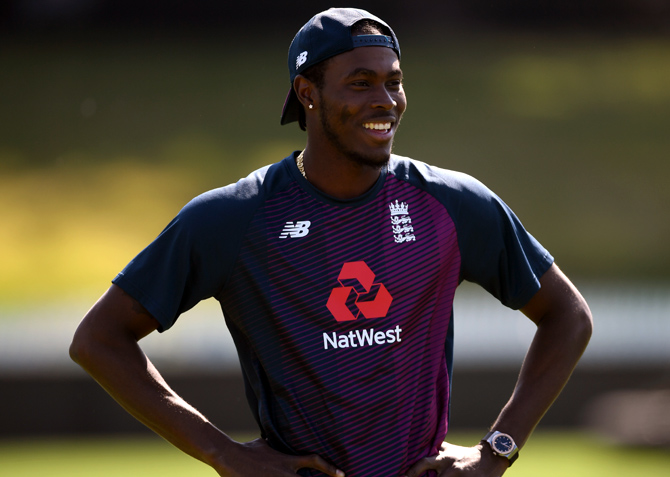 IMAGE: Jofra Archer said he is fine with opposing fans having a go at him but that there is no room racism in any walk of life. Photograph: Gareth Copley/Getty Images

England fast bowler Jofra Archer said the racial abuse directed at him by a fan at the end of the first Test in New Zealand was a "real shame" but that he has moved on from the incident.

The 24-year-old, who was born in Barbados and represented West Indies at Under-19 level, tweeted on Monday that he had found it "a bit disturbing" to hear racial insults coming from one person in the crowd while he was batting.

The England and New Zealand cricket boards are investigating the incident and Archer received an apology from New Zealand Cricket chief David White, while New Zealand captain Kane Williamson has also said he will apologise to the bowler.

"The first thing I want to say about what happened towards the end of the test at Mount Maunganui is that I'm over it," Archer wrote in a column in Britain's Daily Mail newspaper.

"I've left what happened at the ground and I've moved on. I should also say it was just one person who was shouting stuff. But I found the incident a real shame."

Archer, who was fast-tracked into the England side and made his Test debut during the Ashes series against Australia earlier this year, said he is fine with opposing fans having a go at him but that there is no room racism in any walk of life.

"If someone wants to shout at me and tell me I'm bowling badly, that's fine. I may not agree but it's fine. It's part of the experience of being a touring cricketer," he said.

"To hear racism, though -- that's another matter. There is no time or place for it in any walk of life, let alone cricket. It's just not called for."

England lost the first Test at Bay Oval by an innings and 65 runs. The second Test begins in Hamilton on Friday.

© Copyright 2020 Reuters Limited. All rights reserved. Republication or redistribution of Reuters content, including by framing or similar means, is expressly prohibited without the prior written consent of Reuters. Reuters shall not be liable for any errors or delays in the content, or for any actions taken in reliance thereon.
Related News: Jofra Archer, New Zealand, England, David White, Kane Williamson
SHARE THIS STORYCOMMENT
Print this article 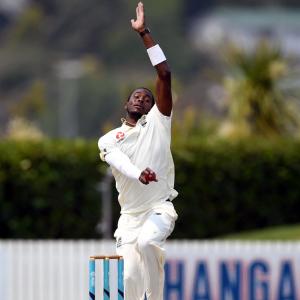 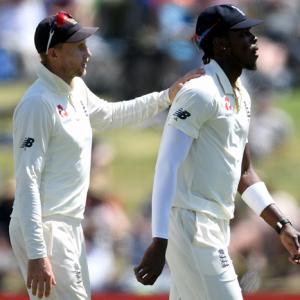