'I think the sky's the limit for him'

'When you watch how he goes about things, there's no reason why he can't keep performing this consistently' 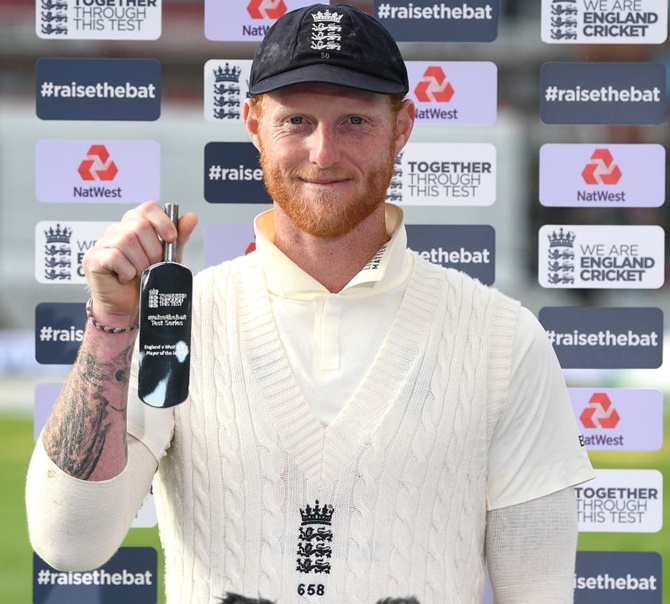 IMAGE: Player of the match Ben Stokes poses for a photo after victory. Photograph: Gareth Copley/Getty Images for ECB

England all-rounder Ben Stokes’ Manchester masterclass has convinced captain Joe Root that the team are 'in the presence of greatness' and that sky was the limit for 'Mr Incredible'.

“He’s Mr Incredible, I suppose,” Root said, comparing Stokes to the muscular cartoon superhero. “He looks a bit like him, and will probably end up the same shape too."

“I think the sky is the limit for him really, when you watch how he goes about things, there’s no reason why he can’t keep performing this consistently.”

Even in their four-wicket defeat in the series opener at Southampton Stokes managed 89 runs and six wickets, leading the side while Root attended the birth of his second child.

“I think everyone understands that we are watching a player at the peak of his powers, at the peak of world cricket, delivering time and time again,” Root said.

“We have to savour that, we have to appreciate that and understand that we are - without trying to pump his tyres too much - in the presence of greatness.”

Stokes was also a key player for England last year, pushing them to a thrilling 50-overs World Cup final win and smashing an unbeaten century to ensure victory in an Ashes test against Australia at Headingley.

Root said the 29-year-old had added 'different gears' to his game.

“Here he showed a bit more versatility really, within himself, and the fact that he’s more complete player now,” he added.

© Copyright 2021 Reuters Limited. All rights reserved. Republication or redistribution of Reuters content, including by framing or similar means, is expressly prohibited without the prior written consent of Reuters. Reuters shall not be liable for any errors or delays in the content, or for any actions taken in reliance thereon.
Related News: Ben Stokes, Joe Root, ECB, England, Mr Incredible
SHARE THIS STORYCOMMENT
Print this article 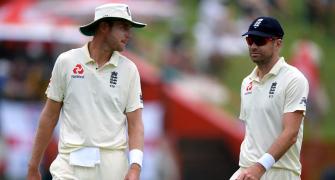 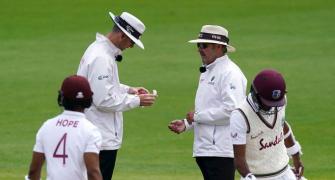 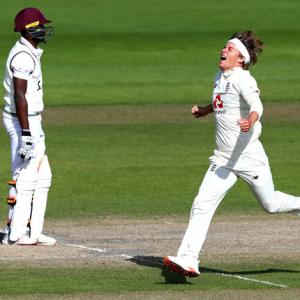