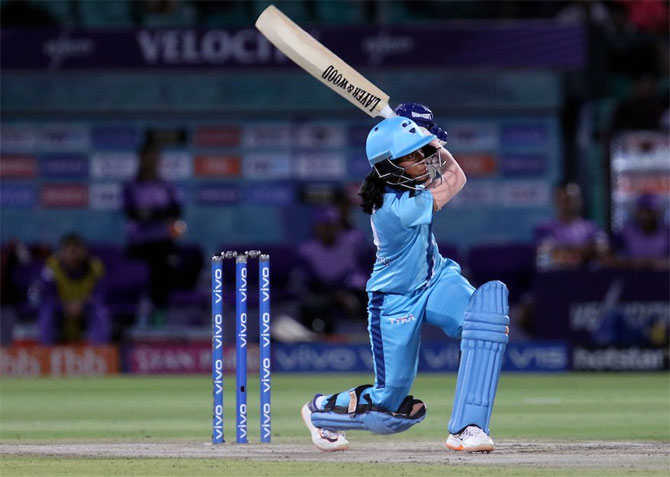 Teenager Jemimah Rodrigues struck an unbeaten 77 to help Supernovas beat Velocity by 12 runs and enter the final of the Women's T20 Challenge, in Jaipur, on Thursday.

The two sides will again face each other in the summit clash on Saturday as the third team, Trailblazers, who also secured the same two points as Velocity and Supernova, finished third on the basis of net run rate.

Sent into bat in their must-win match, the Supernovas scored 142/3, thanks to 18-year-old Rodrigues' 48-ball 77 not out and then restricted Velocity to 130/3 to win the final round-robin league match of the tournament.

After Thursday's result, all the three teams ended on two points each after one win by each side but Velocity and Supernovas ended with plus 0.25 and plus 0.045 net runs rates respectively while the Trailblazers secured minus 0.305.

Trailblazers had beaten Supernovas by two runs in the opening match on Monday while Velocity had defeated Trailblazers by three wickets on Wednesday.

Chasing 143 for a win, Velocity lost early wickets with the openers Hayley Matthews (11) and Shafali Verma (2) being dismissed cheaply to be reduced to 21 for 2 in the fourth over.

One-down Englishwoman Danielle Wyatt threatened to take the game away from Supernovas with a 33-ball 43 but she was out in the 12th over after a 56-run stand with captain Mithali Raj who remained 40 not out off 42 balls.

Raj shared 53 runs with Veda Krishnamurthy (30 not out) for the unconquered fourth wicket but the duo could not chase down the target. The total was, however, enough for Velocity to make it to the final. 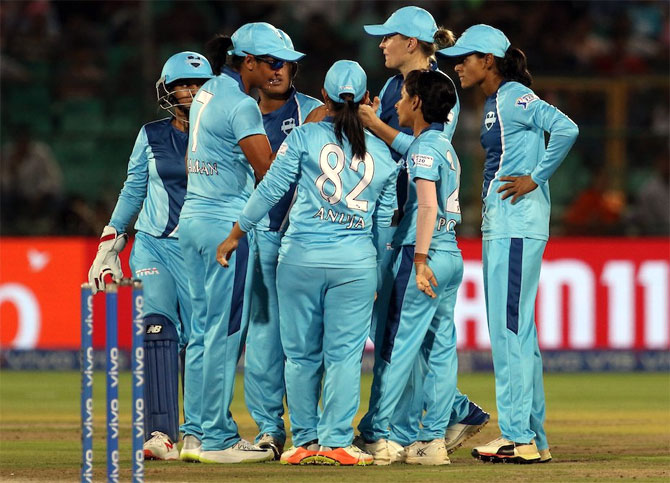 By the 19th over, the duo knew that their team would be through to the final despite a loss.

For Supernovas, leg-spinner Poonam Yadav was the most impressive bowler with one wicket at the expense of 13 runs from her four overs.

Earlier, Rodrigues struck 10 fours and a six from 48 balls in her aggressive unbeaten innings after the Supernovas were sent into bat in their must-win match.

Coming out to bat in the fifth over after the fall of opener Priya Punia (16) when the team score was 29 for 1, Rodrigues was involved in two substantial partnerships as she anchored the Supernova innings admirably well.

She first had a 55-run stand with Sri Lankan Chamari Atapattu (31) for the second wicket before stitching another partnership of 50 runs with Sophie Devine (9) of New Zealand for the third wicket.

Rodrigues, a member of the semi-finalist Indian side in the 2018 Women's T20 World Cup, was most severe against pacewoman Komal Zanzad, who was hit for four boundaries.

Rodrigues hit the only six of her unbeaten knock off the bowling of Jahanara Alam (0/34) in the 18th over.

Captain Harmanpreet Kaur also remained not out on one from five deliveries.

The Supernovas, however, failed to accelerate in the second half of their innings after they were 63 for 1 at the end of 10 overs. They added just 33 in the last five overs.

For Velocity, New Zealander Amelia Kerr took two wickets for 21 runs from her leg-spin while pacewoman Shikha Pandey got one. 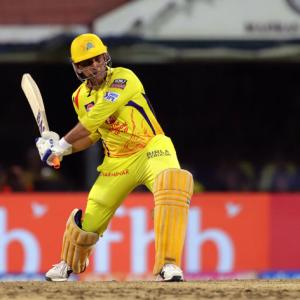