News
Business
Movies
Sports
Cricket
Get Ahead
Money Tips
Shopping
Sign in  |  Create a Rediffmail account
Rediff.com  » Cricket » Why Dhoni should bat at No 4 in World Cup

'When he bats at No 4, he has the luxury of spending some time and then bat freely.' 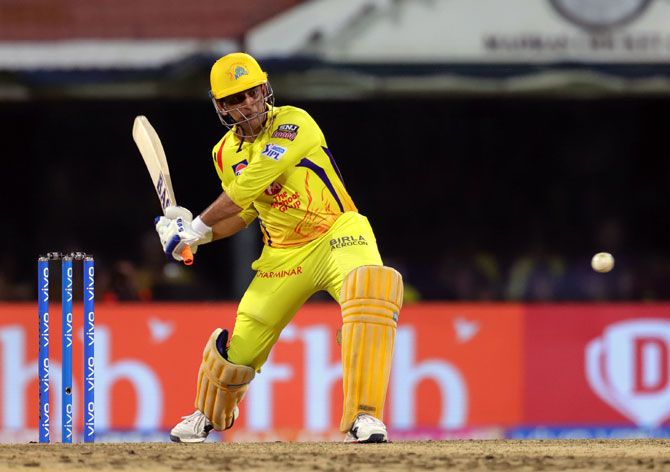 Virat Kohli might be world's best batsman but when it comes to match-reading skills, he is still a few notches below Mahendra Singh Dhoni, believes former India skipper's childhood coach Keshab Ranjan Banerjee.

It has been seen that during death overs, it is Dhoni who takes over the field placements with Kohli manning the deep during the limited overs matches for India.

"In terms of match-reading and forming strategies, Dhoni is still unparallel. Even Kohli doesn't have that. So Kohli needs to take some advice. If Dhoni would not have been part of the Indian team, there would be nobody to help him."

"Virat still needs time as captain and advice from Dhoni would only help him," Banerjee said in Kolkata on Thursday during the summer camp launch of MS Dhoni Cricket Academy Clinic.

India will open their campaign in the World Cup against South Africa on June 5 and there has been a lot of talk about a weak middle order, especially with no specialist batsman earmarked at No 4.

The experienced Dhoni is the answer to the No 4 riddle, Banerjee opined.

"I feel Dhoni should bat at No 4 in the World Cup. It is a team management decision but that's my personal opinion. If he bats at No 4, batsmen after him can play freely," he said about the India's 2011 World Cup winning captain.

"When he bats at No 4, he has the luxury of spending some time and then bat freely. But he has to hit right from ball one, if he drops down at 5 or 6. Then he has to take risks," he reasoned.

Dhoni will turn 38 during the World Cup in England and when asked whether his famous ward would call it quits after the mega-event, his childhood coach dismissed it with a laugh.

"Do you want him to retire? Haven't you seen his fitness level," the former games teacher of Jawahar Vidya Mandir Ranchi, said.

"Fitness is everything. But I cannot say about his retirement, not even his father or wife," he said, citing example of Dhoni's surprise Test retirement announcement on December 30, 2014 in the middle of their away series Down Under.

Banerjee also spoke about young Rishabh Pant's omission from the World Cup squad and said: "It's too early to give him a chance. Our bench strength is huge and his chance will come." 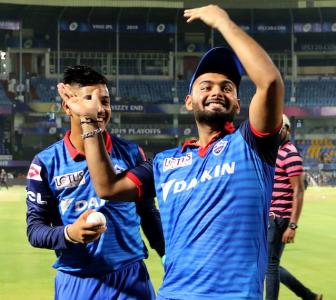