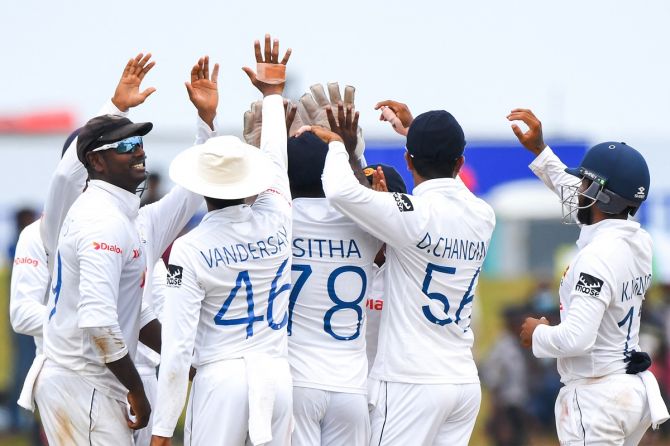 IMAGE: Pakistan were bundled out for 261 in their second innings. Photograph: ICC/Twitter

Sri Lanka spinners Prabath Jayasuriya and Ramesh Mendis snared nine wickets between them to help the hosts to a 246-run series-levelling victory against Pakistan on the fifth and final day of the second Test in Galle on Thursday.

Set a record target of 508 to try and win the two-Test series 2-0, Pakistan were bundled out for 261 in their second innings after resuming the day on 89-1.

Jayasuriya picked up 5-117 for his fourth five-wicket haul in only his third Test match. Mendis, who took five wickets in the first innings, provided able support by picking up four.

Captain Babar Azam top-scored for Pakistan, who won the opening Test at the same venue by four wickets, with a resolute knock of 81. 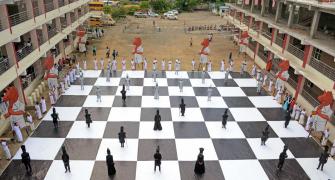 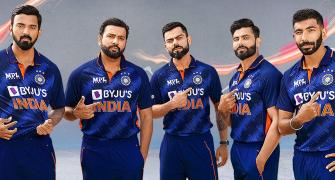 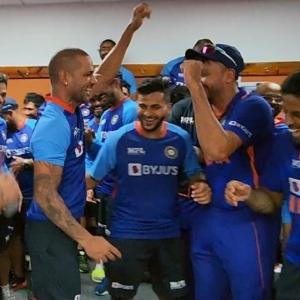 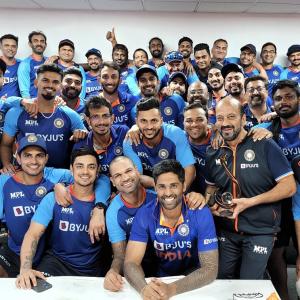