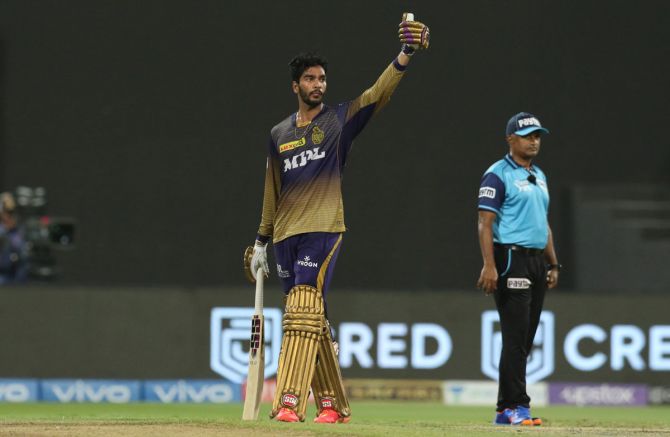 It was a day Venkatesh Iyer won't forget in a hurry!

A few hours after being picked to help the Indian team with their preparation for the T20 World Cup, he played one of the most important knocks of his career to help Kolkata Knight Riders defeat Delhi Capitals and enter the IPL 2021 final.

Iyer stroked a quickfire 55 from 41 balls -- his third half-century in the IPL's UAE leg -- before KKR survived a shocking late batting collapse to edge past Delhi by three wickets with one ball to spare in the IPL Qualifier 2 match in Sharjah on Wednesday, October 13, 2021.

Set 136 for victory on a slow Sharjah wicket which kept low at times, the left-hander went after the bowlers in the early overs to make most of the Powerplay.

Iyer made his intent clear when he swept Ravichandran Ashwin for a four through square leg in the second over. He hit left-arm spinner Axar Patel for a six in his first over and reserved the same treatment for Delhi's strike bowler Kagiso Rabada, launching him for a six over long-on.

Rabada nearly got revenge as Iyer chipped a simple return catch a few balls later, but the pacer was unable to hold on.

Iyer was on 23 from 16 balls at that stage and he made Delhi pay for that lapse as he continued his attacking batting.

Axar was hit for another six in his next over before Iyer raced to his fifty from 38 balls in the 12th over. He continued his dream showing with the bat in the UAE -- hitting fifties in all the three IPL venues in Dubai, Sharjah and Abu Dhabi.

He was finally dismissed by Rabada when he pulled the fast bowler straight into the hands of the fielder at deep square leg.

When he walked back, KKR looked set for an easy win with 40 needed from 46 balls and nine wickets, but little he would have imagined how things would unfold from that stage onwards.

Nitish Rana's departure saw KKR lose their way with six wickets falling for seven runs before Rahul Tripathi sealed victory with a straight six off Ashwin in the final over. Joe Root 'desperate' to be part of an IPL season 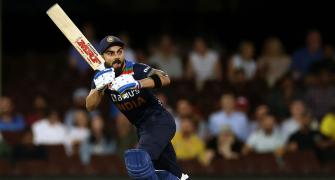 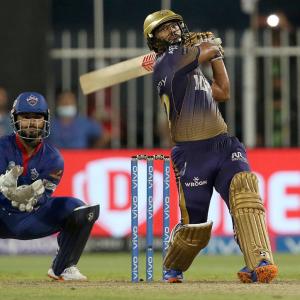 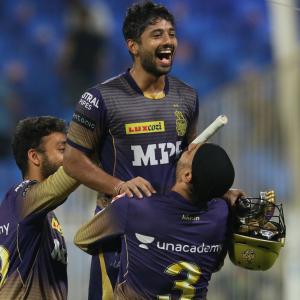