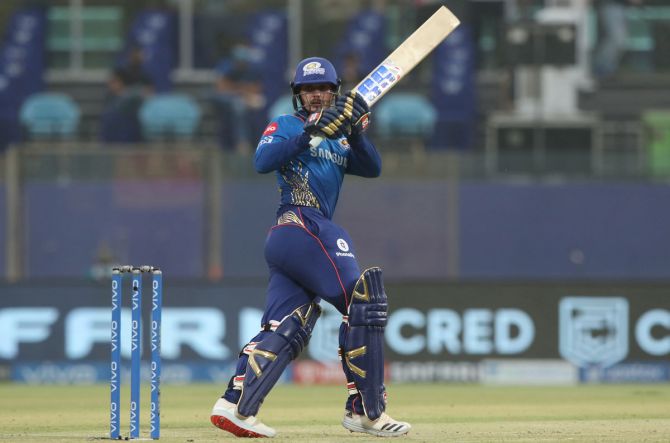 Quinton de Kock finally found form as he stroked his first half-century in IPL 2021 to power Mumbai Indians to a seven-wicket victory over Rajasthan Royals in Delhi on Thursday, April 29, 2021.

Champions Mumbai Indians got back to winning ways after two successive defeats, while Royals continued their inconsistent showing and suffered their fourth loss in six games.

De Kock has been the preferred opener for Mumbai Indians and despite his below-par showing in the first few games, played on the slow wickets in Chennai, he continued to retain his place in the side.

Before this match, the left-hander had managed only 47 runs in four innings with three single digit scores but he repaid the faith showed by his team with a match-winning half-century.

Jasprit Bumrah and Trent Boult had done well in the death overs to limit Royals to 171/4, which proved to be an easy target on a flat wicket at the Arun Jaitley stadium in Delhi.

After two quiet overs, de Kock hit left-arm pacer Chetan Sakariya for MI's first boundary in the third over. He then broke the shackles hitting Mustafizur Rahman for a four and a six off successive deliveries in the fourth over.

With Rohit Sharma struggling with his timing, de Kock took the onus on himself to get the boundaries in the Powerplay. He welcomed compatriot Chris Morris with a huge six off his first ball over midwicket before the pacer got Rohit off the last ball.

Suryakumar Yadav started off positively; he and de Kock ensured Mumbai Indians did not lose the momentum in the middle, hitting four boundaries in the space of five deliveries between the seventh and eighth over.

Jaydev Unadkat was hit for a couple of fours by de Kock, who raced to his fifty from just 35 balls. De Kock got a lifeline when Yashasvi Jaiswal put down a tough chance, running back in the covers, off Sakariya in the 14th over as Mumbai were hardly bothered in their run chase.

Krunal Pandya took the pressure off de Kock as he slammed 39 from 26 balls while Kieron Pollard provided the finishing touches with an unbeaten 16 from eight balls.

De Kock returning among the runs is good news for five-time champions Mumbai Indians, who are looking to get back in contention after a slow start. 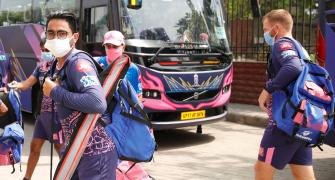 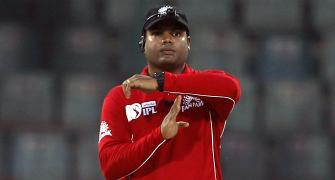 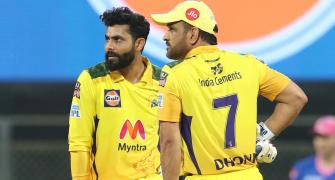 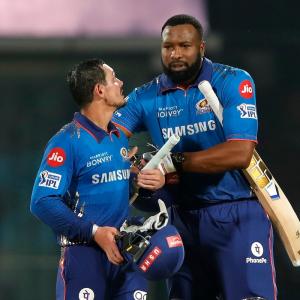 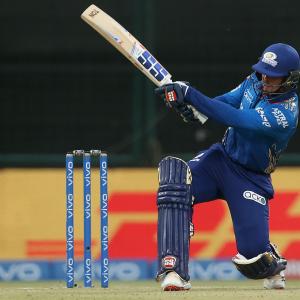