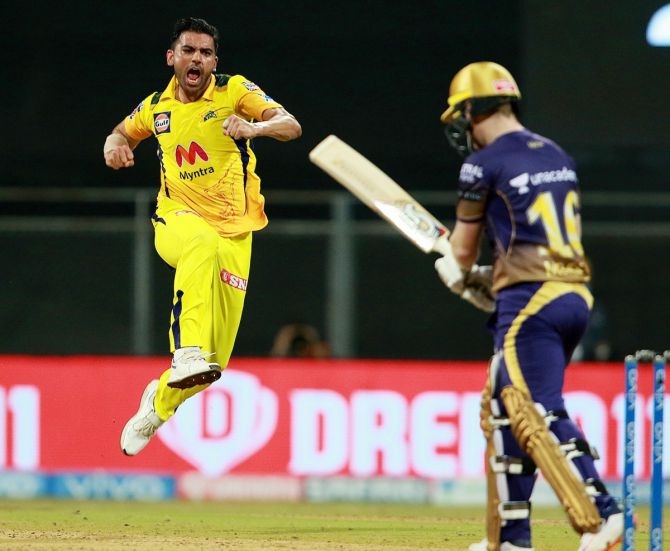 In a high-scoring encounter at the Wankhede Stadium in Mumbai, CSK survived a late scare from Pat Cummins to edge past the three-time champions.

In pursuit of 221 runs, KKR had a poor start as Deepak Chahar inflicted a top-order collapse with a four-wicket haul.

Chahar was once again terrific as he took 4 for 29 from his four overs. Lungi Ngidi, playing his first match of the season in place of Dwayne Bravo, grabbed three wickets to round off an all-round performance by CSK.

Last Friday, Chahar claimed four wickets for 13 against Punjab Kings. On Wednesday, he repeated the demolition job against KKR by picking up their first four wickets inside five overs in a spell of 3-0-16-4.

He began by snapping Shubman Gill off the first ball. Gill went for the slash over point first-up. He did not connect well and holed out to a perfect low catch by Ngidi at deep backward square.

In Chahar's next over Nitish Rana (9) hit it straight up and M S Dhoni ran to his right to complete a safe catch.

In his third over, the 28-year-old medium-pacer ripper sent Eoin Morgan and Sunil Narine back to the hut within a space of three deliveries!

Chahar and Ngidi's opening spells reduced KKR to 31 for 5 in the Powerplay after which Dinesh Karthik and Andre Russell got together to lead KKR's recovery.

While Russell slammed a cracking 54 off 22 balls, Karthik scored a quickfire 40 off 24 balls. The duo added 81 off 39 balls for the sixth wicket to reignite the team's hopes.

After Russell's departure, KKR looked out of the game but Pat Cummins joined forces with Karthik and added 34 runs for the seventh wicket.

The Aussie pacer hammered an unbeaten 66 off 34 balls to keep KKR in the hunt, but he ran out of partners in the end as KKR eventually fell short by 18 runs. 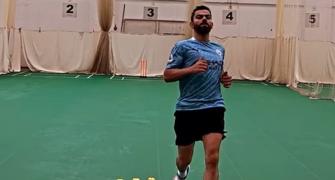 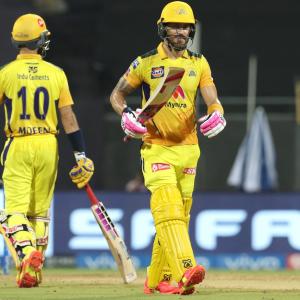 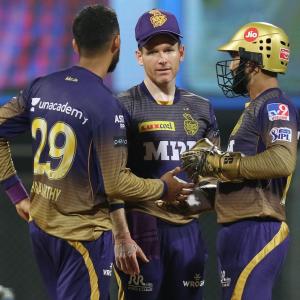