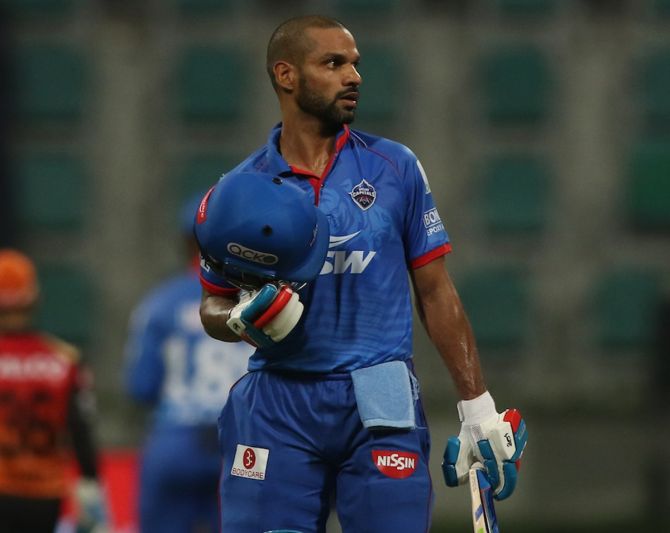 IMAGE: Shikhar Dhawan brought up his 41st half-century in the IPL in just 26 balls. Photograph: BCCI/IPL

Delhi Capitals pushed Marcus Stoinis to the top of the order and gave Shimron Hetmyer the freedom to bat at No 4. The strategy worked out perfectly for them in the IPL Qualifier 2 against SunRisers Hyderabad in Abu Dhabi on Sunday.

Delhi's batsmen showed a lot of oomph, the opening pair of Stoinis and Shikhar Dhawan getting their innings off to a solid start.

Dhawan is a big match player and he proved it yet again. After scoring just six runs in the last three matches, the left-hander -- who hit back to back centuries earlier in IPL 2020 -- slammed a brilliant half century.

'Gabbar' -- as the good natured Dhawan is affectionately called -- and Stoinis spent the first two overs sizing up the conditions, scoring just 11 runs.

The Australian then freed his arms and started smashing the SunRisers pacers, something he is known for. He gave DC momentum with early boundaries against Sandeep Sharma and Jason Holder.

Dhawan joined in the run feast and the pair took Delhi to the 50-run mark inside the powerplay. The India opener marched on after his partner's dismissal and brought up his 41st half-century in the IPL with a six off Shahbaz Nadeem.

He emerged the best batsman for the Capitals with a tremendous knock of 78 runs, which included six fours and two sixes, off 50 deliveries.

The runs came at a strike rate of 156. In the process, Gabbar surpassed his India opening buddy Rohit Sharma in the list of highest run scorers in the IPL. His half century marked the sixth fifty-plus score (two 100s and four 50s) for the 34 year old in IPL 2020. He also surpassed Warner to grab the second spot in the list of most runs this season.

The powerful opening stand between Dhawan and Stoinis, followed by a quickfire cameo by Hetmyer, saw Delhi post a massive 189-3.

Delhi then challenged SRH's weak link -- their batting which failed to shine. Kane Williamson and young Abdul Samad took the game deep, but that was not good enough.

SRH dropped crucial catches -- beginning with Holder's miss of Stoinis -- and were patchy in the field. You can't afford that in the shortest format of the game. 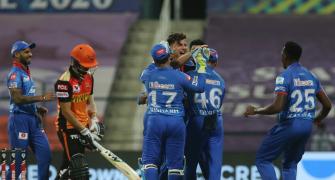 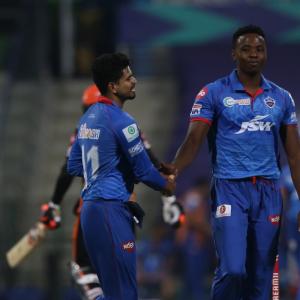 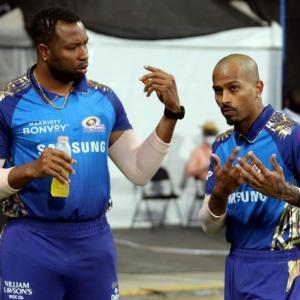