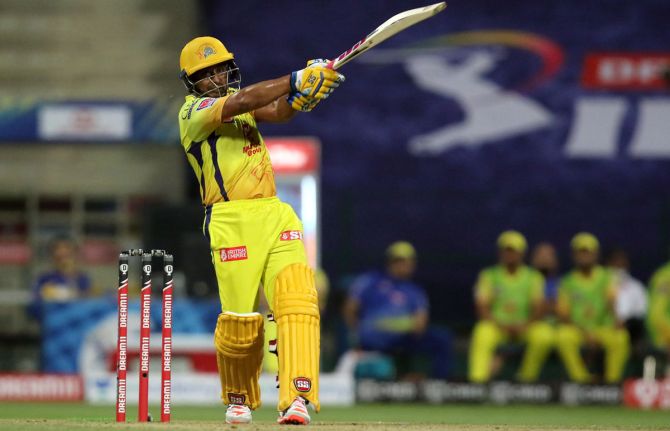 Ambati Rayudu was the star performer for the Chennai Super Kings as his quickfire half-century helped outclass defending champions Mumbai Indians, by five wickets, in the opening game of IPL 2020 in Abu Dhabi.

The CSK bowlers had done well to restrict Mumbai Indians to 162/9 after MI looked set for a huge total after being put into bat.

CSK were immediately on the backfoot as they lost both openers in the first two overs.

Shane Watson was trapped leg before wicket by Trent Boult for one in the first over while Murali Vijay fell in similar fashion to James Pattinson in the next over. CSK were left reeling on 6/2.

In the absence of Suresh Raina -- their regular No 3 -- the responsibility lay with the senior duo of Faf du Plessis and Rayudu to guide CSK out of this early mess.

Rayudu revived CSK's hopes as he played positively from the outset as du Plessis took his time to get going.

Rayudu messed up Mumbai's plan by targetting their premier pace bowler Jasprit Bumrah, whom he smashed for a four and six in his very first over.

When Boom Boom returned for his next over, Rayudu smashed him straight back for a four to race to his fifty, from just 33 balls.

Rayudu got CSK's innings back on track as he put on 115 runs for the third wicket with du Plessis, from 84 balls.

When he was dismissed in the 16th over after a splendid innings of 71 from 48 balls, laced with three sixes and six fours, CSK were back in the contest on 121/3 in 16 overs.\

Du Plessis brought all his experience into play as he guided CSK home with a controlled knock of 58 not out from 44 balls.

The victory helped CSK end their run of five successive losses against the Mumbai Indians. 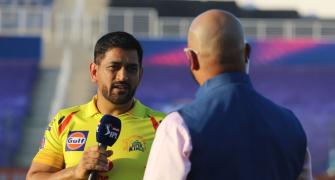 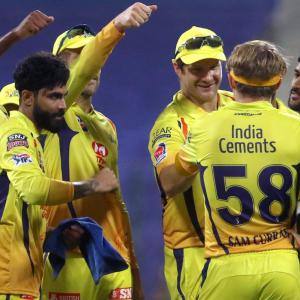 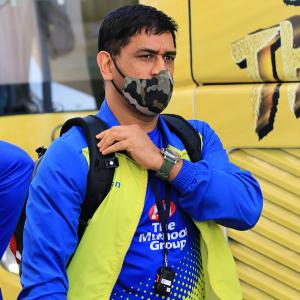