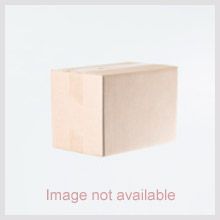 Mumbai Indians posted 208 for 5 against SunRisers Hyderabad on a batting friendly track in Sharjah on Sunday.

And it was opener Quinton de Kock who was the catalyst in helping MI accumulate those runs.

But he came good on Sunday, squatting the ball all over the place and staying at the crease after the early dismissal of opening partner Rohit Sharma in the first over itself.

Siddharth Kaul was wayward in his first over and de Kock smashed him for four boundaries to take 18 runs off the third over.

De Kock first stitched a crucial 42 run partnership with Suryakumar Yadav (27 off 18 balls, 6x4) before the latter's dismissal in the last over of the powerplay. Then in Ishan Kishan's company de Kock built a 78 run partnership for the third wicket.

De Kock got to his fifty, his maiden half-ton this season, by dancing down the track and launching the ball over bowler Kane Williamson's head for a six.

The wicket-keeper-batsman was eventually dismissed by Rashid Khan for 67 runs (four sixes and four boundaries), but he had done his job to set it up for the lower order to take a swing. 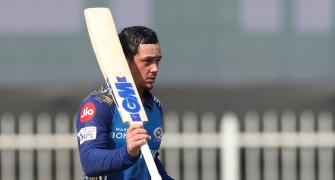 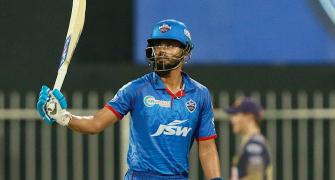 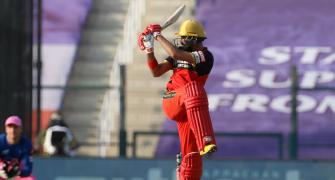 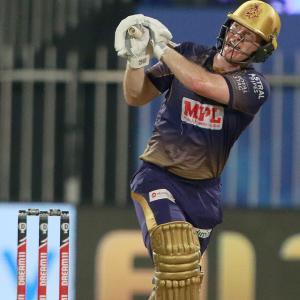 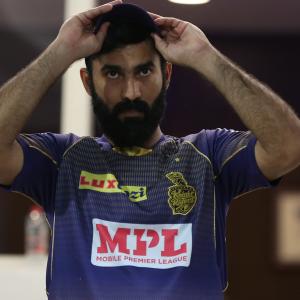