News
Business
Movies
Sports
Cricket
Get Ahead
Money Tips
Shopping
Sign in  |  Create a Rediffmail account
Rediff.com  » Cricket » IPL: The day that's not to be for Dhoni fans

Dhoni has to wait a little longer to get back on field. IMAGE: If not for the postponement due to coronavirus, Sunday, March 29, would have seen Mumbai Indians take on Chennai Super Kings in the IPL Season 13 opener. Photograph: BCCI

In an ideal world, Mumbai's millennials would have trudged out of a busy Churchgate station, mostly in Blues, with a liberal sprinkling of canary yellow between them making their presence felt.

The slightly older ones, enjoying their cosy Sundays across India, happy that late evenings during next seven weeks are taken care of even though the trumpet prelude of Spanish song "En Er Mundo - Pepe El Trompeta" will be irritating distraction from the DJs console.

So, there won't be any IPL at 8 pm, there won't be Mahendra Singh Dhoni ambling across the Wankhede turf with a disarming smile or Rohit Sharma won't pull a fast bowler with nonchalance with unsaid words: "Take that for a six, ICC".

There won't be jostling for the remote during this lockdown. So, some will settle for Netflix to watch a rerun of 'Friends' and some may like to revisit their teens watching 'Byomkesh Bakshi' on DD National.

This IPL would have been Dhoni's comeback tournament after eight and a half months. He would have again led the side -- face not giving away anything but unbridled joy when Chennai Super Kings does something.

This would have perhaps been the last year with CSK's 'Dad's Army' with a lot of players like Suresh Raina, Harbhajan Singh, Shane Watson unlikely to feature in yellow jersey next year.

This was probably Dhoni's chance to get back into the groove and show the world why Rishabh Pant and KL Rahul can still be asked to wait for one last global tournament.

If IPL doesn't happen and the World T20 is held this year (subject to normalcy), will we see Dhoni in India blues again? His fans won't like that, but the likes of Sunil Gavaskar, Virender Sehwag and Kapil Dev have felt otherwise and not without valid reasons.

The 14 times that we were assured of watching him in action and may be twice or thrice more if CSK would have made the finals, might not happen.

The wicket-keeper batsman Dhoni had travelled to Chennai for practice, but, two weeks back, the coronavirus epidemic disrupted all the plans.

Dhoni was last seen in action during the 2019 Cricket World Cup and after that, the wicket-keeper batsman had missed quite a few bilateral cricket series, which has given the Indian side groom the likes of Rishabh Pant and KL Rahul as the wicket-keeper.

In the World Cup, Dhoni managed to score 273 runs, however, he faced flak for his slow batting approach in the match against New Zealand.

The BCCI also dropped the former skipper from its list of centrally contracted players.

If 38-year-old Dhoni wanted to make it to the Indian squad for the T20 World Cup later this year, the IPL was the right platform for him.

However, with the IPL's postponement due to the COVID-19 pandemic, the going looks tough for the former Indian skipper.

Due to the COVID-19 pandemic, all sporting action across the world had been stopped, and all eyes were on the BCCI to see what will happen to the biggest crowd-pleasing tournament in the country.

The World Health Organisation had termed the coronavirus outbreak as a pandemic on March 11 and the BCCI was under a lot of pressure to just postpone the tournament.

Finally, on March 13, the BCCI decided to postpone the IPL as a precautionary measure against the COVID-19 pandemic. At that time, the board just had two options-- either postpone the tournament or play it behind closed doors.

But with rising numbers in cases and with state governments saying no to IPL, the board opted to postpone the tournament.

Since that decision, things have not changed as far as COVID-19 is concerned, and Prime Minister Narendra Modi on March 24 decided to impose a 21-day lockdown in the country.

According to the Ministry of Health and Family Welfare, the total number of COVID-19 positive cases has risen to 979 in India including 867 active cases, 86 cured or discharged people and 25 deaths. With the lockdown and visa/flight restrictions, the fate of the IPL looks bleak as of now. 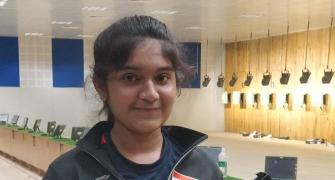