Former cricketer and BJP MP Kirti Azad has said that mere resignations by the top officials of the Board of Control for Cricket in India (BCCI) will not clean the tainted image of Indian cricket, which has taken a beating in wake of the recent Indian Premier League (IPL) spot-fixing scandal. 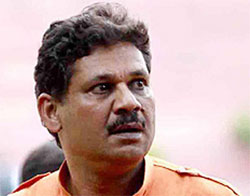 "Is it basically going to change the BCCI, with resignations? I fail to understand. You will have to start from various associations -- where prevention of corrupt acts or the ministry of corporate affairs or registrar of societies or various courts -- their cases are pending so they should also step down or step aside on moral grounds and let free and fair enquiry take place," he said in New Delhi on Saturday.

Two top BCCI officials – Secretary, Sanjay Jagdale and Treasurer, Ajay Shirke -- have tendered their resignations in the wake of spot-fixing scandal. There are indications that more BCCI functionaries may also step down from their respective posts to mount pressure on cricket Board chief N Srinivasan to step down from his post in wake of the arrest of his son-in-law Gurunath Meiyappan on charges of betting in the IPL.

Following an all round attack over the IPL controversy, Srinivasan has called for an emergency meeting of the board's working committee in Chennai on Sunday.

BCCI Vice President Arun Jaitley earlier in the day said that there would be some significant developments in the next 24 hours.

The chorus for Srinivasan's ouster as BCCI President has grown louder with BCCI heavyweights appearing to be firm over his resignation. Union Minister and former BCCI boss Sharad Pawar has also joined in the attack.

The Sports Ministry has also put pressure on Srinivasan, and said that he should tender his resignation on moral grounds, pending the outcome of the inquiry.

Despite suggestions from BCCI heavyweights- Rajeev Shukla and Arun Jaitley that he should disassociate himself from the procedures of the inquiry commission investigating the spot-fixing scandal, Srinivasan has so far showed no signs of relenting under pressure.

A Mumbai Court had on Friday extended the police custody of actor Vindoo Dara Singh and Meiyappan till June 3. 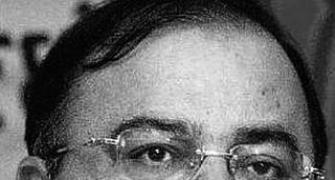 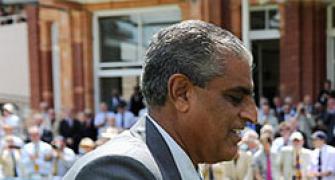 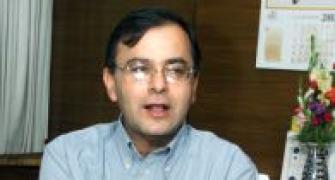 Exit of Srinivasan will shift balance of power in BCCI 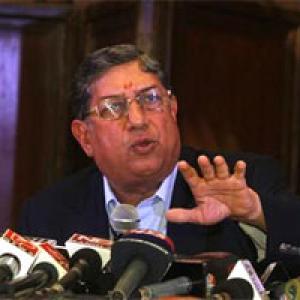