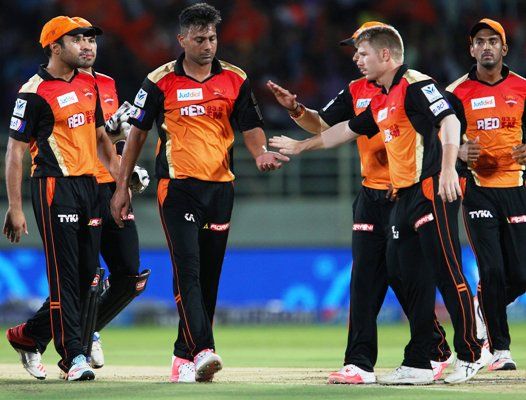 Sunrisers scored 176 for four in their stipulated 20 overs but due to an hour long rain delay, the revised target for Kolkata turned out to be 118 (from 12
overs). The defending champions could only manage 101 for four in 12 overs.

Praveen Kumar (1-18 from 2 overs) and Bhuvneshwar Kumar (1-24 off three) gave away just five and seven runs respectively in the 10th and 11th over
and Kolkata were left to score an improbable 25 off the last over.

Bhuvneshwar again bowled a decent last over giving away only eight runs as Warner and company logged home two more points by virtue of their second win from five games. David Warner of the Sunrisers Hyderabad acknowledges the crowd after scoring his fifty. Photograph: BCCI

Earlier, David Warner led from the front with a blistering 91 as Sunrisers put up a formidable total on board.

The Australian opener hit nine boundaries and four sixes in his 55-ball innings. Among his many hits were a couple huge sixes over deep midwicket off Sunil Narine.

However, his dismissal put brakes on their scoring rate.

Warner added 130 runs for the opening stand with Shikhar Dhawan (54). In the final analysis, Warner's knock became the decisive one. 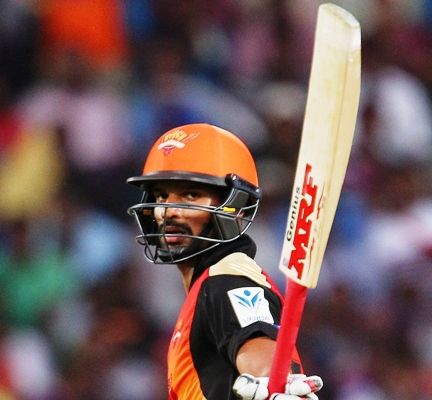 Dhawan's innings was a labored one in comparison.

The Delhi batsman hit four boundaries and a six in his 46-ball knock.

Till Warner was at the crease, Dhawan's sedate approach didn't hurt Sunrisers but once the skipper was gone, it did hurt them.

Thanks to Dhawan's tediousness, the last five overs of the SunRisers innings yielded only 43 runs. Morne Morkel was Kolkata's most successful bowler, with figures of two for 31.

The South African caught the vital wicket of Warner, forcing the Australian to mishit one and Robin Uthappa making no mistake.

Naman Ojha (18) tried his bit with a couple of sixes before a perfect yorker from Umesh Yadav uprooted his off-stump. 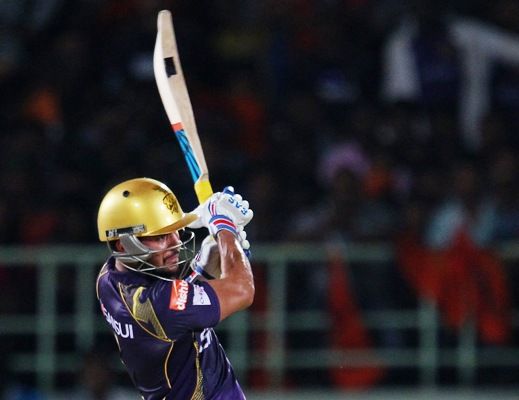 Chasing a revised, albeit formidable, total Gautam Gambhir couldn't repeat his performance of the previous game as he was dismissed while trying to whack a Praveen Kumar delivery over mid-wicket.

Robin Uthappa hit a few audacious shots en route his 21-ball-34 before flicking one from Moises Henriques to Praveen, who was placed at short fine leg.

Andre Russell (19 from 10 balls) again showed his big hitting prowess with a couple of huge sixes with one off left-arm spinner Bipul Sharma that went into the top tier.

However he was gone trying another big hit off Ravi Bopara being caught by Dale Steyn at long-off boundary. Once Russell was gone, it was left to Manish Pandey (33 not out) and Yusuf Pathan (6).

Much depended on Pathan, who since long time has not won a match single-handedly for his franchise with only a few second fiddles to show. He again failed to provide the winning push. 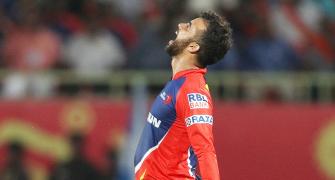 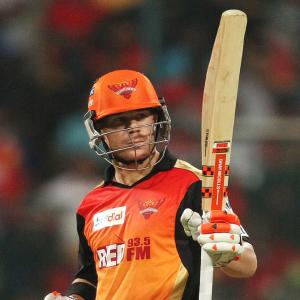