Splendid knocks by opener Shubman Gill and Eoin Morgan propelled Kolkata Knight Riders to a seven-wicket victory over SunRisers Hyderabad in the Indian Premier League match, at the Sheikh Zayed Stadium, in Abu Dhabi, on Saturday.

Opting to bat first, SunRisers Hyderabad, aided by a 38-ball 51 by Manish Pandey, could only put up a meagre 142 for four. In reply, Kolkata Knight Riders chased down the target, scoring 145 for 3, with two overs to spare. IMAGE: Eoin Morgan hit 2 sixes and 3 fours in his unbeaten knock of 42 off 29 balls. Photograph: BCCI/Ione of PL

Gill top-scored with an unbeaten 70 off 62 balls and Morgan was also unbeaten with 42.

Kolkata Knight Riders got off to an explosive start before the bowling-heavy Sunrisers make some inroads, Khalil Ahmed and T Natarajan dismissing Sunil Narine (0) and Nitish Rana (26 off 13). 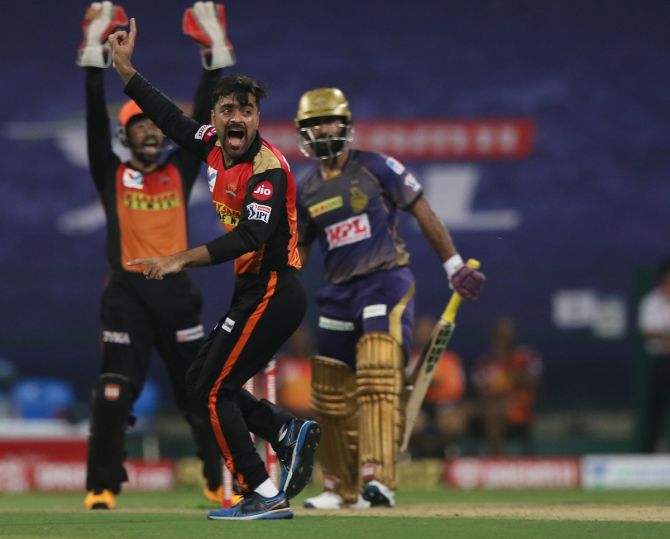 Rashid Khan got into the act straightway, trapping KKR skipper Dinesh Karthik for a duck.

But the calm and composed Gill was in complete control of his innings and paced it brilliantly on way to his fifth IPL fifty. 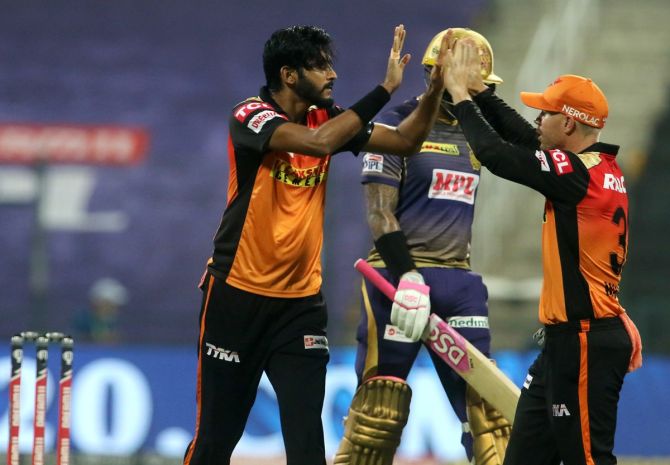 Reigning World Cup-winning skipper Morgan played the perfect supporting role before joining the party by smacking Bhuvneshwar Kumar for a huge six in the 15th over to tilt the match KKR’s way.

After that with Gill and Morgan in command there was nothing the Sunrisers could do to stave off defeat. Manish Pandey returned to form at No. 3 with a 38-ball 51 and along with Wriddhiman Saha (30 off 31 balls), tried to repair the damage but both were dismissed at the death resulting in SunRisers lacking the finishing touch and settling for a seemingly below-par total.

The two wickets meant that SunRisers could not step up the momentum and at the halfway mark, at 61 for two, the run-rate was just above six. 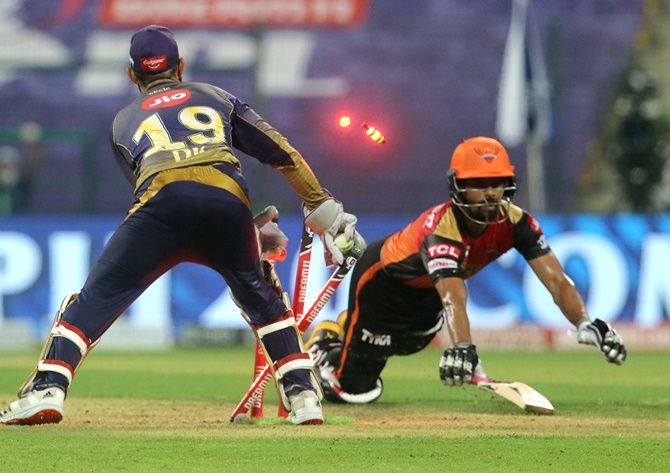 Unlike their last match against Mumbai Indians, Kolkata looked more intent and aggressive in their approach, having brought in Sunil Narine and Cummins up front with the new ball.

Cummins smartly altered his length and bowled Jonny Bairstow with an absolute ripper to give KKR the breakthrough. In his second-coming, architect-turned mystery spinner Chakravarthy dismissed a well-set Warner (36 off 30) in a soft manner for his maiden IPL wicket.

The Australian left-hander, who got out cheaply against Royal Challengers Bangalore, looked like making a make today with some clean hits, but a lapse in concentration did him in and he spooned a simple catch to Chakravarthy.

In hindsight, sending Saha ahead of Mohammad Nabi looked like a tactical blunder as the Indian wicketkeeper wasted a lot of deliveries in making 30 off 31. 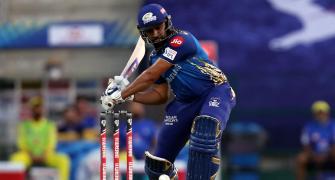 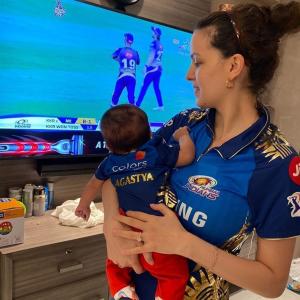