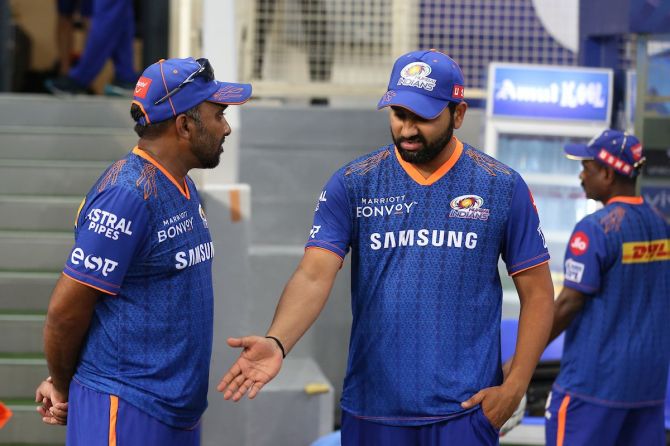 Defending champions Mumbai Indians would look for inspiration from skipper Rohit Sharma, who is set to return to action, when they take on a rejuvenated Kolkata Knight Riders in the Indian Premier League match here on Thursday.

Mumbai were without the services of Rohit and star all-rounder Hardik Pandya in their 20-run defeat to Chennai Super Kings on Sunday as both were rested as a precautionary measure due to having niggles. However, head coach Mahela Jayawardene has said Rohit should be fit and available for selection for the match against KKR.

KKR, on the other hand, have registered a dominating nine-wicket win over Royal Challengers Bangalore in their opening game of the second leg of the league.

Mumbai, who are currently placed fourth in the table with eight points, began their second leg campaign in a typical slow manner but with only half the tournament left to play, the defending champions need to win to stay in the top half of the league table.

Rohit, who has been in fine touch of late, will be expected to continue in the same vein and help his side make amends of the inept batting performance against CSK. Apart from Saurabh Tiwary, who hit an unbeaten half century, none of the other batsmen were able to capitalize on their starts against CSK, failing to chase down 156. 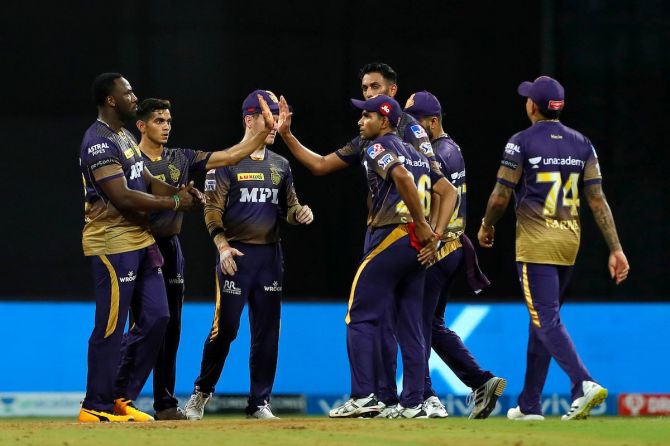 On the other hand, the comprehensive win would have boosted KKR's confidence. Having struggled in the first leg, KKR looked a completely different unit, in the manner in which they defeated RCB.

The Eoin Morgan-led side, placed sixth in the points table, fired on all cylinders with mystery spinner Varun Chakravarthy and star all-rounder Andre Russell wreaking havoc with the ball before openers Shubman Gill and debutant Venkatesh Iyer chased down the 93-run target with 10 overs to spare.

Skipper Morgan had said that KKR would be dangerous opponents with nothing to lose in the second leg and the team certainly looked menacing against RCB. They will hope to continue playing in a similar aggressive fashion and win the title just like 2014 edition when they notched nine victories in a row.

They will also hold the edge over their rivals having already experienced the conditions at the Sheikh Zayed Stadium against RCB.