Kohli reveals! First time I am not carrying any baggage

'I (have) never felt so calm going into a season before' 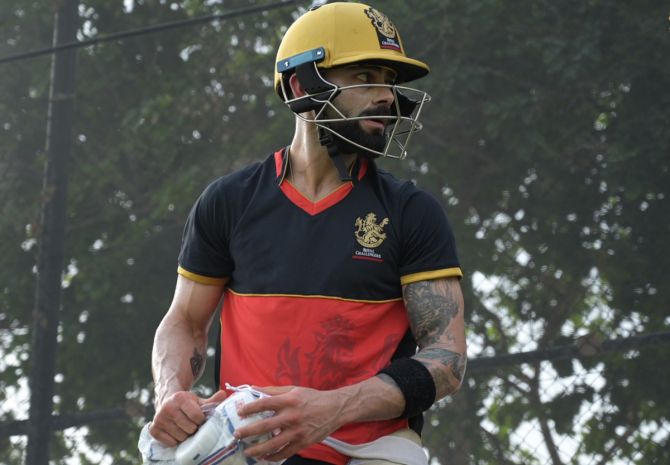 Kohli has been able to 'disconnect' from the underwhelming seasons that he and Royal Challengers Bangalore have endured in the Indian Premier League and there is a welcome 'sense of calm' as he prepares to lead the side this year, something he last felt in 2016.

Despite the presence of champion players like Kohli and AB de Villiers, RCB, in the last three seasons, has failed to even qualify for the play-offs. The team last played the final in 2016, a season in which Kohli struck an unprecedented four hundreds.

"The 2016 IPL, we all loved to be a part of (it). Since then, this is the most balanced I have felt about (the) squad," the Indian skipper said on RCB's Youtube show 'Bold Diaries', sharing his thoughts on the upcoming edition starting September 19 in the UAE.

Kohli said that both he and AB de Villiers feel that this could be the 'breakthrough season' when tables will turn for the franchise which has flattered to deceive on many occasions.

"I (have) never felt so calm going into a season before. He (ABD) is coming from a very different space and he is enjoying his life and is very relaxed and fit as ever. I feel I am in a much better space, much more balanced, when it comes to environment of (the) IPL," the straight speaking RCB skipper said.

This is the first time he feels that he isn't carrying any baggage.

"Disconnecting with things that have happened in the past and not taking that baggage, as we have done that way too many times," he responded to a query on what has changed for him this season.

"Just because we have a bunch of players that are so skilled, people like seeing them play is the reason people have had so much expectation as well."

Kohli also feels that Mike Hesson being roped in as the head of coaching staff is a great move as the former New Zealand in-charge can act as a bridge between 'management and players'.

"They (RCB owners) have had a great balance of knowing when to have a conversation and (also) knowing at times 'okay these guys (players) know what the are doing'," he said.

"...the reason they got someone like Mike (Hesson) (as they know) that he can be a mediator. Communication is very nicely designated this time. I feel they (owners) are taking their responsibility and we as players will take our responsibility as usual."

"I believe we won't be overburdened this time around which is a great thing to know," Kohli added.

Despite their not-so-great show as a team, the faith of the top management is the reason why the skipper said he can focus on cricketing things.

"They have right to come and speak if they have any concerns and have constructive conversations which are absolutely welcome," he said.

"Morris brings in a lot of balance. Aaron Finch is someone who has experience of playing international cricket for a while. Some of the youngsters we have picked this time are quite exciting too like Josh Philippe, a very exciting player," the skipper said.

IPL will be played across three venues this season -- Dubai, Sharjah and Abu Dhabi. The tournament has been moved out of India due to the COVID-19 pandemic.

Kohli believes three venues close to each other is the sort of arrangement that makes life easy for players, who are mostly left "packing a small little bag for a two-match or three-match trip and then come back."

"It gets hectic, conditions change...This time, it's more of a level playing field and everything would now boil down to skill level rather than home advantage, which has been a thing in the past," he said.

"We have unpacked all bags and stacked clothes in the wardrobe. We go, practice, live in our own bio-bubble. It's a more settled and calm feeling," he concluded. 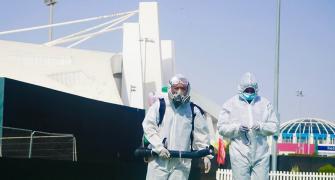 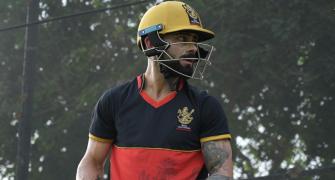 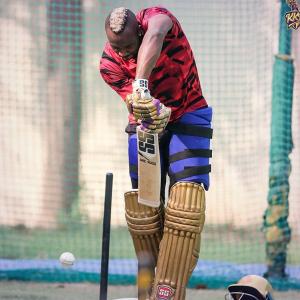 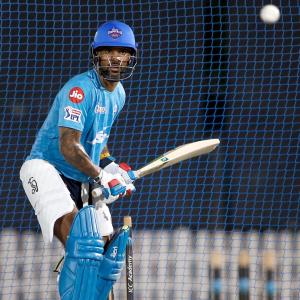