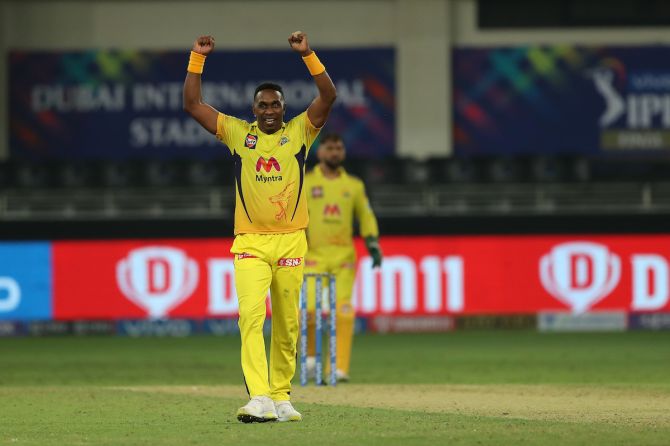 Dwayne Bravo said it as it should be: "Experience beats youth any day.”

The West Indies all-rounder once again played his part to perfection in Chennai Super King's fourth Indian Premier League triumph and summed up the journey of his side in the words of teammate Moeen Ali. "Humble and grounded.”

Deepak Chahar, on his part, said the love and loyalty for skipper Mahendra Singh Dhoni made the players push the envelope a little harder.

"It's about the belief in the squad from management, owners. After last season, I was really disappointed. We owed it to the franchise, the fans to come up with a better performance. I don't get nervous (coming into a final)," said Bravo after the final.

"I have had good performance in different phases of the tournament. Faf (du Plessis) and Ruturaj (Gaikwad) standout for us. To have these two guys scoring over 500 runs together. Experience beats youth any day," he said.

England all-rounder Moeen had this to say.

"I can't describe how I'm feeling. To do it with this franchise is great. I could've been dropped a couple of games ago. It's such a grounded and humble team," said Moeen.

Ravindra Jadeja, on his part, said: "That catch of Venkatesh Iyer changed it for us. Mr DJ Bravo is going to entertain us all night. It's time for him to change his name from 'Champion' to 'Sir Champion'."

Robin Uthappa, who joined the party late, also spoke about how CSK made players secure.

"I've voiced over and over again that in this team, there's secure atmosphere, lot of communication between players and support staff. I believe it’s the players who aren't playing in the eleven that make the atmosphere within the group."

Australia pacer Josh Hazlewood credited Bravo for getting into the T20 bowling groove.

"It's fantastic. Full credit to the guys, who have been on top. It's exciting. We've got a such a senior team, and having DJ (Bravo) has been really helpful.

"A bit of downtime, and I'm straight for the World Cup. Perfect preparation really, and I am looking forward to it." 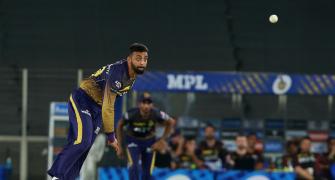 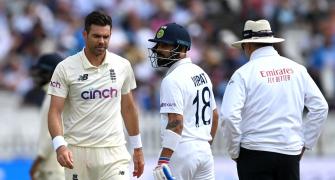 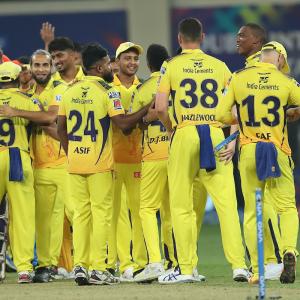 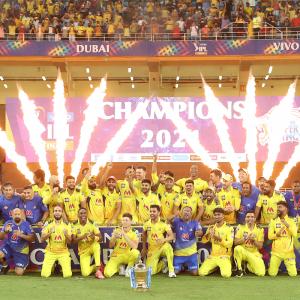