First and final warning for 2020: Ashwin after sparing Finch India and Delhi Capitals off-spinner Ravichandran Ashwin says sparing Aaron Finch in the clash against Royal Challengers Bangalore was his first and last warning to batsmen backing up too far at the non-striker's end and he should not be blamed if he runs them out in future games.

Royal Challengers Bangalore opener Aaron Finch was caught short of the crease when he backed up too far during Monday's IPL game but Ashwin did not dislodge the bails and only gave a warning to the Australian.

The off-spinner, though, put out the warning on his Twitter page.

"Let's make it clear !! First and final warning for 2020. I am making it official and don't blame me later on. @RickyPonting #runout #nonstriker @AaronFinch5 and I are good buddies btw #IPL2020," Ashwin tweeted.

In the dugout, Delhi capitals coach Ricky Ponting, who found himself at odds with Ashwin on the contentious issue of ‘Mankading’ in the run-up to the tournament, also smiled.

The incident occurred in the third over of Royal Challengers Bangalore's innings, when Finch stepped way out of his crease, but the seasoned off-spinner refrained from ‘Mankading’.

Before the start of the 13th IPL, Ponting had said that he had told Ashwin that he would not like him to Mankad a non-striker in the tournament.

Ashwin had courted controversy when he ran out Jos Buttler during last year's IPL when the England batsman backed up too far at the non-striker's end. Several cricketers criticised him for not showing sportsman's spirit.

It became an issue before the start of this year's IPL when Delhi Capitals head coach Ricky Ponting said he would not let Ashwin run out batsmen in that fashion after the veteran joined them having played for Kings XI Punjab, in 2019.

The Delhi Capitals coach, a legend of the game and a staunch critic of the practice named after former India all-rounder Vinoo Mankad, had backed the senior India off-spinner when he asked if the batsman should also be penalised for leaving his crease at the non-striker's end before the ball is delivered. 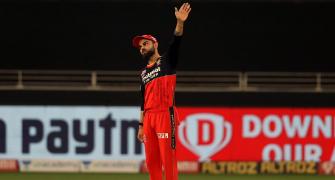 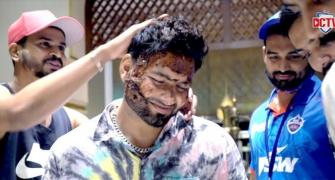 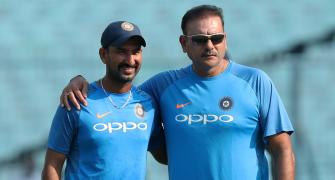 Pujara, Hanuma may be asked to quarantine in Dubai 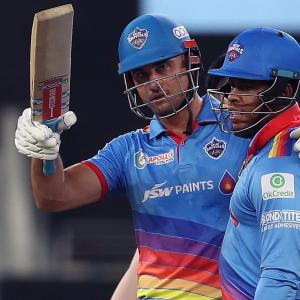