Arshdeep could be walking into the Indian team: Shastri 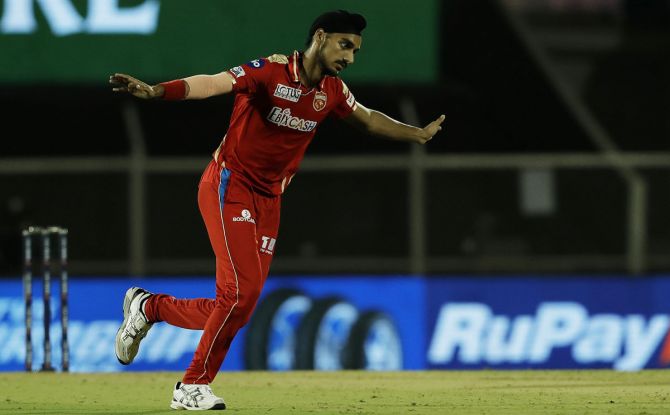 IMAGE: Punjab Kings pacer Arshdeep Singh has improved his game with the new ball and is among the best death bowlers this IPL season. Photograph: BCCI

Arshdeep, who made his IPL debut in 2019, is into his fourth season with Punjab Kings. He was among the two players retained by Punjab ahead of this year's players' auction.

The 23-year-old has improved his game with the new ball and is among the best death bowlers this IPL season.

"For someone so young and then to deliver time and time again when the chips are down and the pressure is on him (it's brilliant to see). Arshdeep is holding on to his nerves brilliantly, he's doing well in death overs.

"This shows he's moving up the ranks very quickly and he could be walking into the Indian team," Shastri told Star Sports.

The other impressive performances in the IPL have come from pacer Umran Malik, who plays for Sunrisers Hyderabad, and Mumbai Indians batter Tilak Varma.

"Umran Malik reminds me a lot about Fidel Edwards when he first started, a lot of pace and I hope that he understands it as he goes into international cricket, which I think he'll eventually play.

"In the IPL, a lot of batsmen get accustomed to playing sheer pace, so I hope that he adds a little bit more to his armoury later on. He's a quick learner in the nets, he's willing to learn and it's just awesome to see India has a pacer of that calibre, it's just tremendous," said Lara. 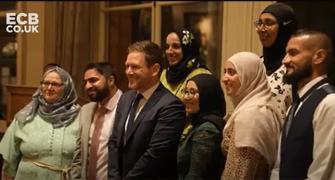 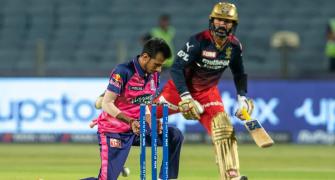 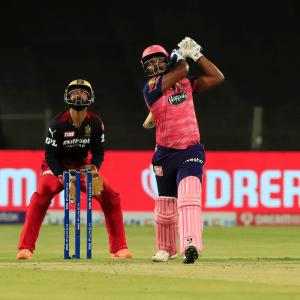 How below par Samson not doing himself any favours