Miffed with reports that he has undergone a facelift or used Botox, Australian spin legend Shane Warne has said he is looking younger because of a new moisturiser, healthy eating and exercise.

Reports in the Australian media claimed that the 41-year-old had gone under the knife to look younger but Warne rubbished the speculation.

"Questions re facelift/Botox etc are absolute rubbish," Warne, who is playing in the Indian Premier League, wrote on his Twitter page. 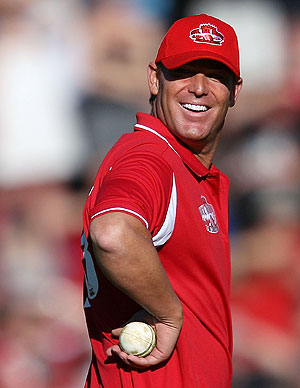 "I am 86kg. Lost 7kg and (am) close to being the fittest I have ever been. Fitness and being healthy is now a daily habit, I feel great and never been happier in my life.

"I am also eating very healthily and am flattered that people think I look younger. I have worked hard over the last five months on fitness," he asserted.

"New Estee Lauder moisturisers for my skin have made a big difference," he said.

The flamboyant spin wizard is reportedly dating British actress Elizabeth Hurley and the speculation of him undergoing facelift emerged after his recent "youthful" pictures. 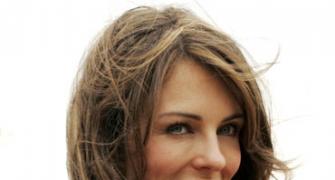