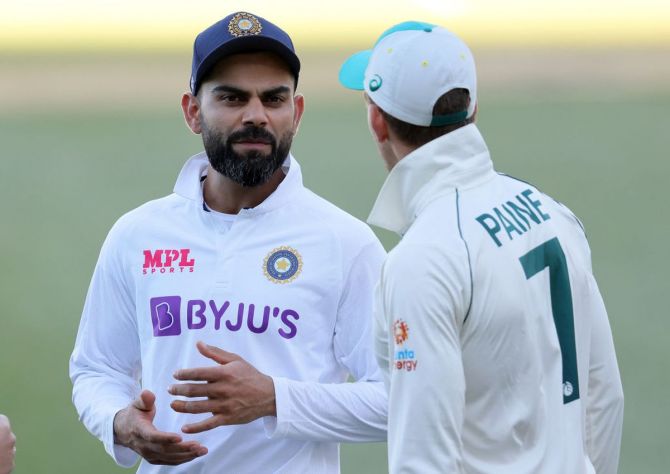 IMAGE: Virat Kohli has now led India that has scripted the highest and the lowest scores in Test cricket. Photograph: Daniel Kalisz/Getty Images

Virat Kohli battled the humiliation of leading India to its lowest ever Test score of 36 on Saturday but ironically, it was also under him that the team notched up its highest total exactly four years ago.

At the Adelaide Oval, India endured a maddening hour while collapsing to their lowest Test score of 36 as Australia cruised to an emphatic eight-wicket victory inside two and half days in the opening Day/Night Test.

However, the scene was drastically different on December 19, 2016.

India, under Kohli, scored a mammoth 759 for 7 declared against England at the Chepauk in Chennai to eventually win the match by an innings and 75 runs.

Karun Nair had hit a triple ton (303 not out) while K L Rahul, who did not play against Australia in Adelaide despite being in the squad, had struck 199 on the fourth day of that fifth and last Test of the series.

India had already clinched the five-match series 3-0 before the Chepauk Test.

Cheteshwar Pujara, Ravichandran Ashwin and Umesh Yadav were also part of that playing XI on that historic day at the MA Chaidambaram Stadium.

Kohli and Pujara contributed 15 and 16 respectively in that massive total.

"It's an evidence of the character of this side and what the guys prepare like for a Test match, playing for the country," Kohli had said on that historic day four years ago.

But on Saturday, Kohli found it hard to express "those feelings into words" after India's stunning batting collapse in the second innings to lose by eight wickets .

"We had a lead of 60-odd coming and just collapsed. When you work hard for two days and put yourself in a strong position and then an hour puts you in a position where it's literally impossible to win," Kohli said in the post-match presentation.

"I think it was the mindset, it was very evident. It was a combination of lack of intent and the (Australian) bowlers hitting their areas," added the skipper, who is now heading home for the birth of his first child next month. 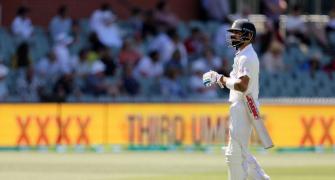 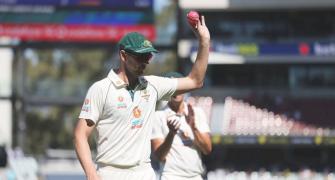 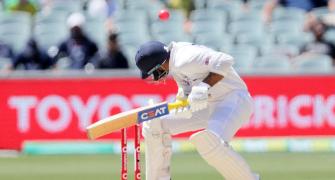 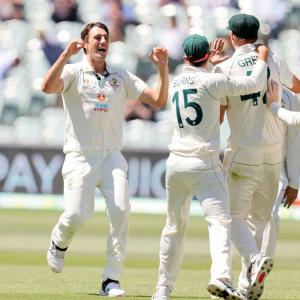 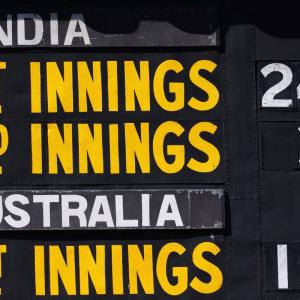