News
Business
Movies
Sports
Cricket
Get Ahead
Money Tips
Shopping
Sign in  |  Create a Rediffmail account
Rediff.com  » Cricket » India vs England: When DRS turned out to be like VAR 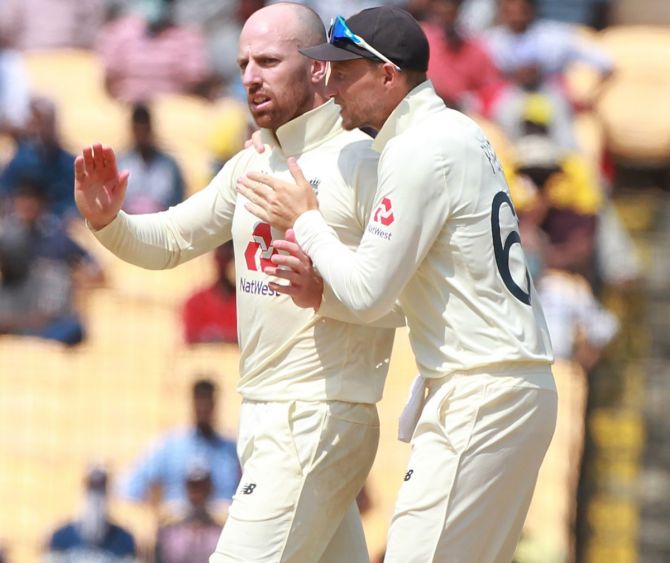 IMAGE: Joe Root was left unimpressed and the skipper also raised the matter with the on-field umpires. Photograph: BCCI

England spinner Jack Leach, who found himself at the receiving end of a third umpiring error on the opening day of the second Test against India, compared the DRS to football's Video Assistant Referee (VAR), saying it is 'still controversial'.

England were, on Saturday, left frustrated and their captain Joe Root miffed after a blunder by Anil Chaudhary denied them the wicket of India vice-captain Ajinkya Rahane after a DRS review.

"We were trying to get the third umpire to roll it through, they were checking the LBW, we knew that would have been not out. We were just trying to get them looking at what happened after the ball hit the pad."

"It is a bit like the VAR today, still controversial, (but) it is what it is," Leach told reporters at the end of the day's play here."

The Decision Review System (DRS) referral, which they had lost after Rahane was adjudged not out by the third umpire, was later restored to England as per ICC playing conditions.

Leach added, "They said they were checking it, then the LBW picture came up, we were saying no, no. We wanted to check the other one. I got the impression that they hadn't checked it."

"There is nothing I can do about it, at that time I was angry but to get Rahane's wicket in the next over made things little easier."

The incident took place in the 75th over of the day when a Leach delivery kissed Rahane's gloves on the way to the forward short-leg fielder Ollie Pope.

As England appealed for a catch off the gloves, it was turned down by the on-field umpire before Chaudhary also rejected the review thinking that the ball had landed outside the leg-stump and that the visitors had appealed for an LBW.

Seeing the replays on the big screen, Root was left unimpressed and the skipper also raised the matter with the on-field umpires. Chaudhary turned down that too.

Rahane was, however, dismissed by Moeen Ali before he could capitalise on the lifeline.

On the stumping decision against Rohit Sharma, which also did not go in their favour, Leach said it was touch and go.

"Well Ben (Foakes) didn't say it's definitely out, he wasn't sure about that one. And then when we saw, we were hoping... It was touch and go," he said.

Asked about his thoughts on how the day panned out, Leach said it was a hard outing but felt they were still in the game.

"As you saw with Rohit Sharma and Ajinkya Rahane, once you get a partnership going, it can get a little bit easier, we have to hope that we can do the same when we come to bat."

On his own performance on the day, he said he bowled well and the pitch was turning a bit more compared to the first Test.

"I would say that the pitch is turning a bit more, the wicket seems a little bit drier and it is spinning. I thought I bowled well today. I tried to be patient as much as I could."

"This is the best I have bowled, it was all based around being patient and allowing the pitch to do what it was doing. That was my plan," Leach said.

When asked about centurion Rohit Sharma, whose superb knock of 161 took India to 300 for six at stumps, the England spinner said he played a serious knock.

"Rohit played a serious knock. He is obviously a world class player, to see how he went about it, he obviously batted well," he said of the Indian opener's performance.

Asked if England would require to change their batting approach, he said they had adapted really well to different surfaces.

"I think, over the last three games we've been able to adapt quite well. In Sri Lanka, we're playing on spinning wickets and I think the lads have adapted really well to different surfaces. I firmly believe we can do that here as well," he added.

With spectators being permitted for this Test, Leach said it was very special to have fans back.

"It was very special to have fans back," he added. 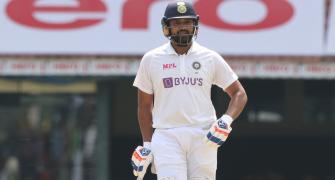 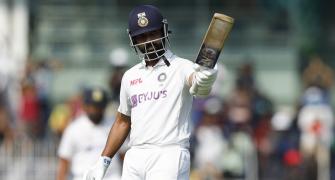 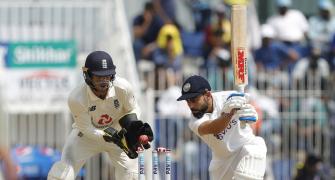 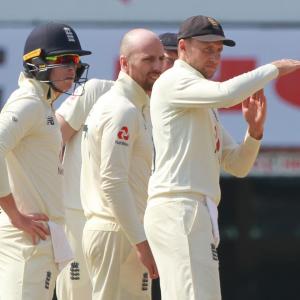 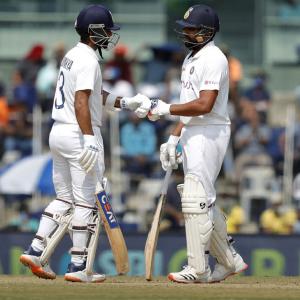