News
Business
Movies
Sports
Cricket
Get Ahead
Money Tips
Shopping
Sign in  |  Create a Rediffmail account
Rediff.com  » Cricket » It's in my contract not to speak to media: Fletcher

It's in my contract not to speak to media: Fletcher

India's newly-appointed cricket coach Duncan Fletcher was more of a bystander than conductor of his first practice session with the team ahead of Saturday's Twenty20 match against the West Indies.

He dragged down his tired bunch of wards to the Queen's Park Oval after just an overnight rest from a long trans-Atlantic international flight but that was just about it.

Fletcher initially exchanged a few words with Yusuf Pathan but then watched, like everyone else at the ground, the touring Indian cricketers play a rather serious game of football between themselves.

He then had a close look at the pitch where the first Twenty20 international match of the series would be staged tomorrow. It is expected to play low and slow.

Briefly, Fletcher offered a few practice catches and then stood behind the nets to watch his young batsmen knock down a few deliveries. He did assume command when he expressed his mind, sitting down with the entire Indian team.

Fletcher enjoyed the reputation of an authoritarian during his nine-year long association with the England team. He went to length to explain visiting Indian media why he couldn't speak to them. "It's in my contract not to speak to media," he explained.

With the Indian team on a successful run and former coach Gary Kirsten's methods of taking a backseat proving so successful, Fletcher is expected to just continue with the flow of things and not impose his methods. The session was primarily for players to stretch themselves out of a jet lag. 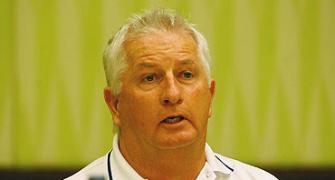 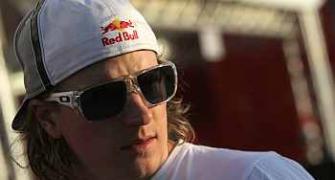 T20 vs India biggest match of my life: Nurse 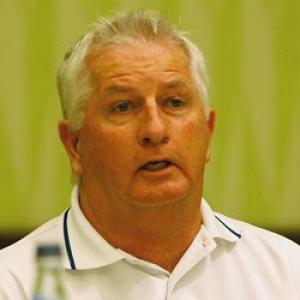