This was Kohli's his fifth century against Aussies

Statistical highlights on day three of the third cricket Test between India and Australia in Melbourne. 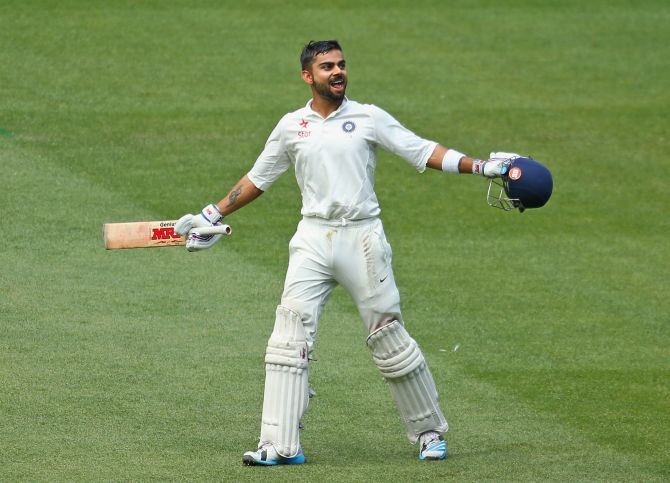 Virat Kohli's brilliant 169 off 272 balls is his career-best innings in Tests - his first century in a Test match against Australia at MCG.

# Kohli's fifth century vs Australia is his ninth in Tests - his sixth away from home.

# Kohli has recorded three hundreds in the current rubber - 115 & 141 in the first Test at Adelaide and 169 at Melbourne.

# Kohli became the second Indian batsman to post three centuries in a Test series in Australia.  Gavaskar, in successive games, had registered a hundred each at Brisbane, Perth and Melbourne in the 1977-78 series. Ajinkya Rahane is congratulated by Virat Kohli of India after reaching his century during day three of the Third Test match. Photograph: Scott Barbour/Getty Images

# Rahane became the first India's number five player to hit three fifties in a Test series against Australia in Australia.

# Rahane enjoys a superb record away from home in Tests - his tally being 970 (ave.48.50) in twelve Tests, including three centuries and six fifties.

# Brad Haddin became the fourth Australian wicketkeeper and the ninth in Test annals to complete 250 dismissals. He has accomplished the feat in 62 Tests - the second fastest behind the 59 Tests taken by Adam Gilchrist.

# Kohli's aforesaid tally is the highest by an Indian player in the current rubber. 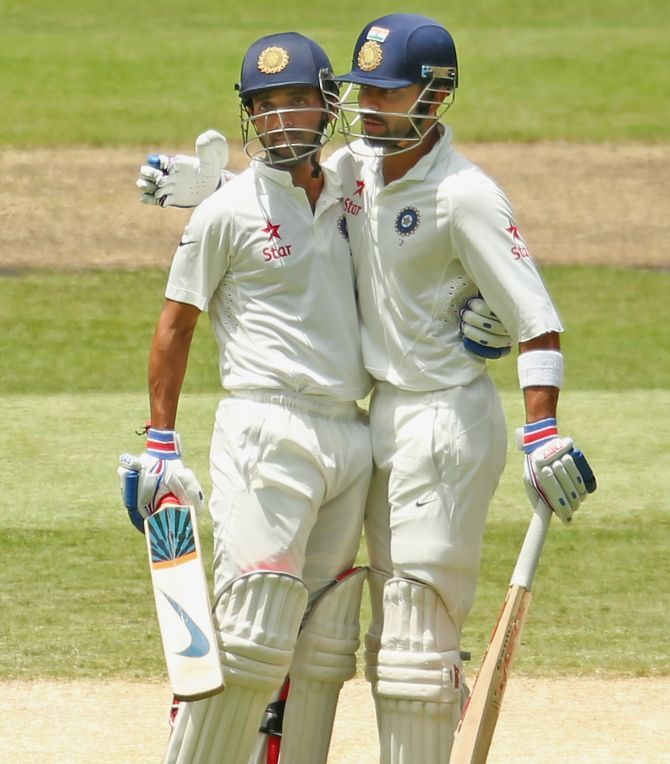 # Kohli became the tenth Indian batsman to amass 1,000 runs in Tests vs Australia - his tally being 1029 (ave.57.16) in eleven Tests, including five hundreds and two fifties. 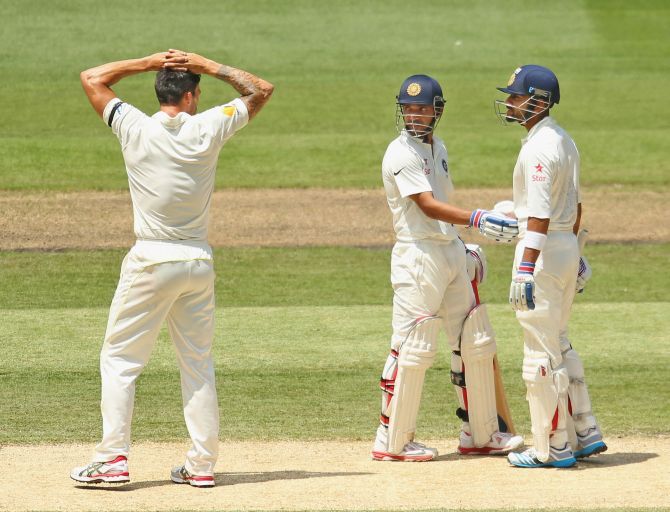 Virat Kohli of India and bowler Mitchell Johnson of Australia exchange words at the end of an over after Kohli was struck by a throw at the stumps from Johnson. Photograph: Scott Barbour/Getty Images

#The 262-run partnership is the first double century stand for the fourth wicket against Australia at MCG. A partnership of 200 and more has been registered by a visiting pair at MCG almost after 90 years - the last pair being England's Hobbs and Sutcliffe - 283 for the first wicket in January 1925.

# In a boxing day Test at Melbourne, both teams have recorded 400-plus in the first innings for the second time - the first occasion being Pakistan (470) and Australia (555) in December 1983.