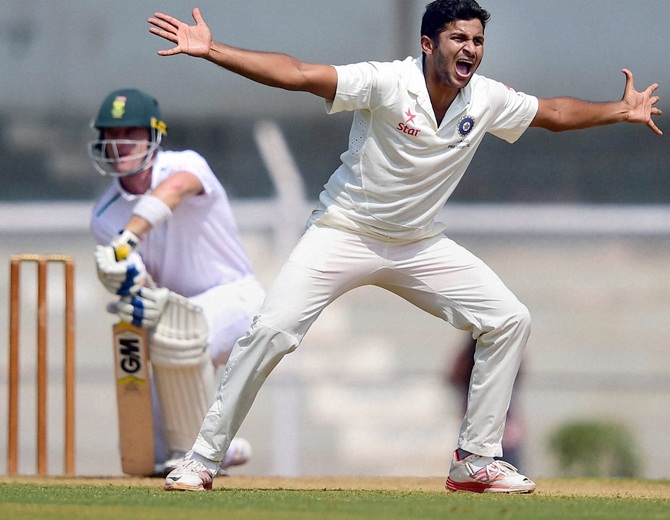 India 'A' edged closer to a resounding victory over South Africa 'A' in the first unofficial Test despite a rain-hit day three in which only 20 overs could be bowled.

India captured four wickets to reduce South Africa 'A' to 179 for 9, who go into day four with a paltry lead of 40 runs in the second innings.

Majority of overs were lost at the Greenfield stadium due to overnight rain and a wet outfield. India 'A' had made 303 in reply to SA A's first innings score of 164.

The hosts made most of the play possible as spinners Shahbaz Nadeem (3 for 17) and Jalaj Saxena (2 for 22) came to the party.

The overnight batsmen Heinrich Klaasen (35 batting) and Wiaan Mulder (12 batting) went on the attack and SA 'A' managed to overturn the deficit.

The two added 74 runs in 18 overs with Mulder hitting four boundaries and a six. Klaasen (48) kept the team's hopes afloat by curbing his attacking instincts and accumulating runs.

However, the run-out of Mulder for 46 by Ricky Bhui saw the Indian team gain the upperhand again as Dane Piedt (1) and Marco Jansen (0) fell in quick succession to Saxena and Nadeem respectively.

Klaasen's patience ran out and he fell to a catch by Shardul Thakur off Saxena.

Lutho Sipamla (5 batting) and Lungi Ngidi (0 batting) were battling it out before bad light ended play, ensuring that India 'A' would need to wrap things up on the final day on Thursday. 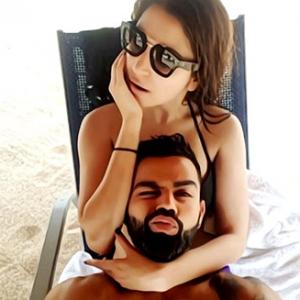