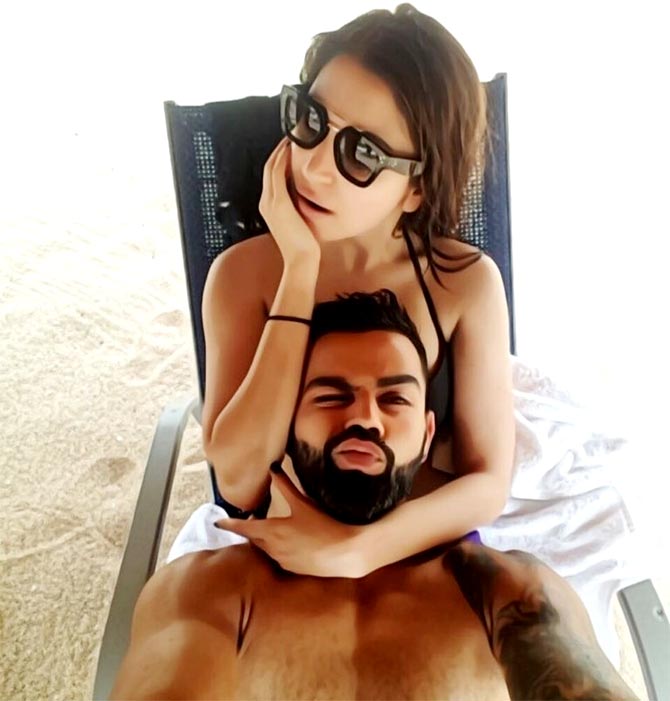 As soon as India captain Virat Kohli posted a picture with wife and Bollywood actor Anushka Sharma, fans swarmed his account and termed the couple a 'definition of true love'.

In the picture, both Kohli and Anushka are seen spending quality time on what appears to be a beach. The NH-10 actor is sporting thick-rimmed black sunglasses with a bikini top of the same colour, while the Indian batting sensation showed off his tattoos as he posed shirtless.

"VIRUSHKA is the DEFINITION of TRUE LOVE. People are truly lucky who have followed them since 2013 when virushka started dating. To be 100% involved in the world, still be ABSOLUTELY DETACHED from it & have pure love for each other is legendary, RESPECT for both," one Twitter user wrote.

"King and queen," one user commented.

"love u both huge fan on Anushka acting and a huge fan of you are on the field," another user tweeted.

With India whitewashing West Indies 2-0 in the Tests, Kohli took his tally to 28 wins in the longest format of the game.

India had registered a comprehensive 318-run win in the first Test match and as a result, Kohli had added yet another feather to his cap, becoming the most successful Indian captain in overseas Tests.

Kohli had gone past former captain Sourav Ganguly to achieve the feat.This was Kohli's 12th overseas Test victory. He broke the record in his 26th match as skipper on foreign soil.

Ganguly had 11 Test wins from 28 matches.

However, he lost his number one spot in the ICC Test batsmen rankings to Australia's Steve Smith who has a lead of 34 points over Kohli.

India will next face South Africa in three-match T20I series, starting on September 15, followed by a three-match Test series.

On the work front, Anushka was last seen in Zero alongside Shahrukh Khan and Katrina Kaif. 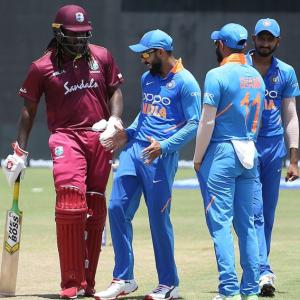