News
Business
Movies
Sports
Cricket
Get Ahead
Money Tips
Shopping
Sign in  |  Create a Rediffmail account
Rediff.com  » Cricket » I like Kohli's attitude but he fights a lot: Ganguly IMAGE: Virat Kohli and Sourav Ganguly have been at a centre of a row. Photograph: PTI

Former India captain and BCCI president Sourav Ganguly has said that he admires India Test captain Virat Kohli but also added that he’s unhappy with the 33-year-old’s habit to get into fights.

Ganguly made the comments in an event in Gurgaon while answering which player has the best attitude according to him.

“I like Virat Kohli’s attitude but he fights a lot,” BCCI president said at the function.

The comments come at the back of a controversy where Kohli said that he was never asked "not to quit T20 captaincy", contrary to what BCCI president Sourav Ganguly had said to various media outlets.

Kohli, who was replaced as ODI captain by Rohit Sharma last week, spoke on three issues during a press conference earlier this week. 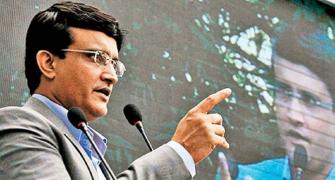 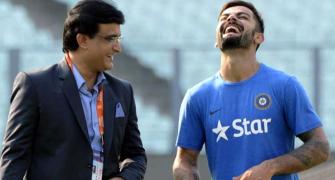 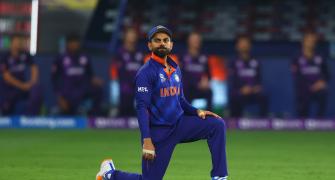 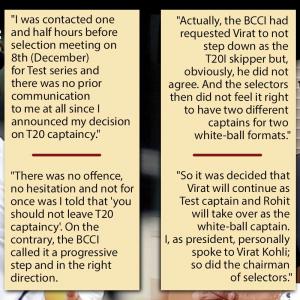 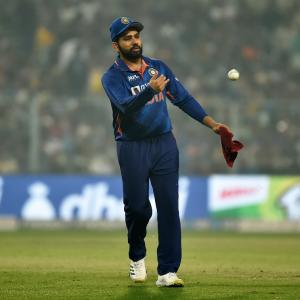