I really don't know the reasons for banning me: Azharuddin

'I am a firm believer in fate and whatever is in your destiny it happens.' 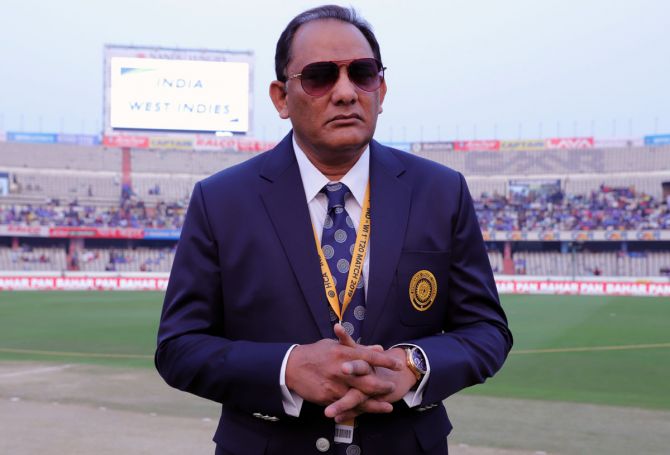 IMAGE: Former India captain Mohammad Azharuddin was handed a life ban by the BCCI for his involvement in match-fixing in December 2000 before the Andhra Pradesh High Court revoked the ban in 2012. Photograph: BCCI

Mohammad Azharuddin's rehabilitation from life ban is more than complete in many ways but the former India captain says he "doesn't really know the reasons" for banning him in the first place.

In December 2000, Azharuddin was handed a life ban by the BCCI for his involvement in match-fixing. However, after a long drawn out legal battle, Azharuddin saw the Andhra Pradesh High Court revoking the ban and terming it "illegal" in 2012.

Reminded of one of the darkest phases of his life during an interview with cricketpakistan.com website, Azharuddin said, "I don't want to blame anyone for what happened. I really don't know the reasons for banning me...

"...But I had decided to fight it and I am grateful that after 12 years I got cleared. I felt very satisfied when after being elected president of Hyderabad association I went and attended the BCCI AGM meeting."

Azharuddin played 99 Tests and scored 6125 runs at an average of 45. He also played 334 ODIs, scoring 9378 runs at 36.92 during a 15-year international career that had begun with three successive centuries.

In 2019, he had a stand named after him at the Rajiv Gandhi International Cricket Stadium in Hyderabad. He also rung the bell at the Eden Gardens in Kolkata ahead of the first T20 International between India and West Indies in November 2018 and the redemption continued when he was included in a group of former cricketers honoured with a lap around the iconic ground during India's first pink-ball Test at the same venue in November last year.

Though he didn't know that the 99th Test of his career would be his last but Azharuddin says he has no regrets at missing out on completing a century of matches.

"I am a firm believer in fate and whatever is in your destiny it happens. I look at this way that nowadays if a player is a class act he ends up playing more than 100 Tests. So I don't think this record of 99 Test matches that I hold is going to be broken," Azharuddin said.

The former skipper said he considered himself fortunate to have got the opportunity to represent India for a long period.

The stylish batsman also spoke about how former Pakistan batting great Zaheer Abbas had helped him come out of a bad run of form and how he repaid the favour years later by helping Younis Khan overcome his poor form in England.

"I was not sure about being selected for the Pakistan tour in 1989 as I was struggling badly for form. I remember in Karachi Zaheer bhai came to the ground to watch us practice. He asked me why I was getting out early. I told him my problems and he suggested I change my grip a bit."

"Since I had nothing to lose and he had come himself to the ground and gave me this advice I said why not give it a try.

"The moment I changed my grip I felt more comfortable and confident and started playing freely. Eventually it also helped me become a more aggressive batsman." 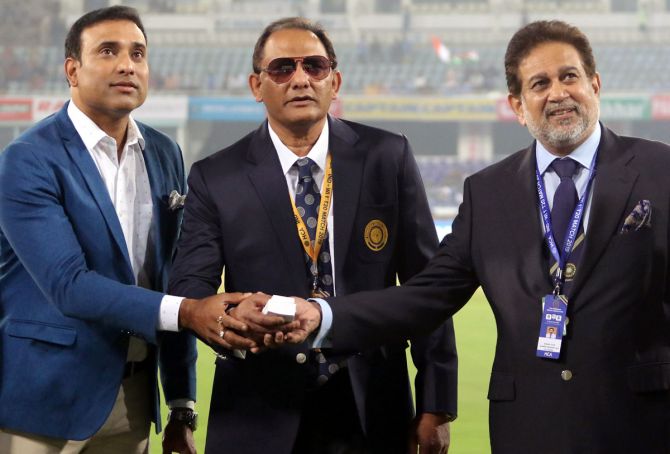 Azharuddin said when he saw Younis Khan struggling for runs in England in 2016 he felt bad.

"He looked ugly in his batting and I felt bad that such a good batsman should play so ungainly. I knew him so I called him up and advised him to stay in the crease and try to play close to the body from inside the crease.

"I am just happy he took my advice and went on to score a double century in the final Test at the Oval."

The Indian great also made it clear he remained a supremely good fielder and catcher because of his flexible body.

"I made it a point not to put on weight because when you put on a few extra pounds you can't field properly and comfortably.

"I have always felt that fielding is not taken that seriously by most players. But if you want to be an outstanding fielder and catcher then you have to enjoy fielding as much as you do bowling or batting."

Azharuddin said given the current political climate, he didn't see Indo-Pakistan bilateral cricket resuming in the near future.

"I don't like to talk about this much because it is not in our hands. It is a government to government issue and once it is resolved at that level, cricket will resume, not before that." 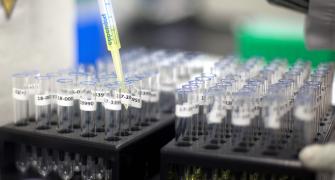 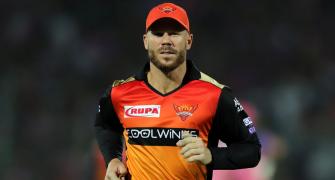 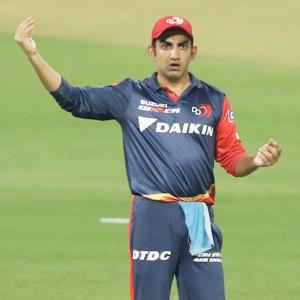