IMAGE: Rashid Khan enjoys the best bowling economy of 6.55 at an average of 21.69 in the IPL. Photograph: BCCI/IPL

With 55 wickets in three seasons, Rashid Khan is one of the lethal bowlers operating in the Indian Premier League but the Afghanistan spinner says his focus is not on taking wickets but bowling economically.

The world number one T20 bowler, who plays for Sunrisers Hyderabad, said he "never thought about taking so many wickets."

He enjoys the best bowling economy of 6.55 at an average of 21.69 in the IPL. The batsmen have now started playing out his overs to avoid the risk of losing their wickets.

"My focus is always bowling economically well for the team. When I bowl economically it helps the bowlers on the other end to take wickets," Rashid said during a media interaction ahead of their match against RCB.

"I concentrate on bowling dot balls and putting pressure on the batsman so he can take risks. My focus is the team's requirement, what helps the team is important to me."

The 22-year-old Afghan said he has about five variations that he is uses to bamboozle the batsmen.

"I have 4-5 grips. I bowl them according to the wicket based on the reaction of the wicket. Those five grips help me to bowl differently as each one pitches differently.

"I keep mixing it up. I have those varieties and I need to use them well. I use my fingers and shoulders a lot to generate the pace."

Rashid said he has been working on a new delivery but won't use it in the IPL as of now.

"I'm working hard on my new delivery but unless I play in the longer format, I can't improve that delivery. But I'm trying to perfect it in the nets as it is tough to bowl in shorter format. I just need to be smart and be more consistent. That is something more which will help me to take wickets."

Sunriser will open their campaign against Royal Challengers Banaglore on Monday and Rashid is looking forward to bowl to Virat Kohli.

"IPL is a different league (compared to CPL), different pressure. Playing against big names like Kohli and others is a big challenge. No doubt he (Kohli) is one of the best players in the world and you have to have the best ball for him, there is no excuse to ball bad.

"He'll be back in the field after a long break, let's see what his reaction is, how he performs," he said.

Familiar with the UAE grounds, Rashid said spinners will play an import5nt ole in teams' success.

"Spinners will be key in this competition as it goes on, wickets might get better for the spinners as the tournament progresses, the grounds are bigger as well and that helps as a spinner. Sharjah is a small ground but the wicket would be good for the spinners."

The all-rounder also spoke about the challenges of playing the IPL in a bio-secure bubble and without crowd.

"It's something new a quite tough but at the same time it's a requirement. Being in the CPL was the toughest time for me, staying in the bubble, not going out.

"At the same time you have to be strong mentally the stronger you are the better you will adjust. We need to keep our self fresh and fine. Toughest challenge will be how we keep ourself mentally fit."

Rashid is keen to learn from newly-appointed coach Trevor Bayliss, who comes with an outstanding white-ball record including guiding England to a World Cup victory last year, and play under captain David Warner.

"Looking forward to gain experience from him. A coach who helped England win the World Cup, see his reaction, mindset and hope that helps me.

"Warner is an aggressive player and captain he was the captain in my maiden season, he has always supported me." 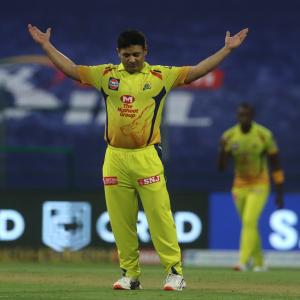