Cricket Australia chief executive Kevin Roberts has resigned after months of criticism over his handling of the coronavirus shutdown, having alienated players and state associations over cost-cutting measures.

CA chairman Earl Eddings confirmed on Tuesday that Roberts had been replaced by interim CEO Nick Hockley, the chief executive of the Twenty20 World Cup in Australia, and the board would begin the search for a long-term replacement.

"Kevin and I and the board have worked out over the last three-four months that things do need to change," Eddings told reporters in a video call.

"Kevin tendered his resignation and we agreed. Now we move on."

Prior to taking the top job at CA, Roberts played a leading role in the board's unsuccessful attempt to get players to abandon a long-held revenue-sharing agreement in 2017.

Since then he has often spoke of restoring harmony to player relations but things unravelled after CA's shock decision to furlough 80% of staff in April, citing the need to "proactively" manage the financial impact of COVID-19.

State associations pushed back against proposals to cut their grants while players rejected forward estimates of revenue which underpins their pay two weeks ago.

With coronavirus infections dwindling in Australia, and India having all but confirmed their tour in the home summer -- which stands to be CA's biggest revenue earner in years -- Roberts' doomsday warnings began to look premature.

However, Eddings said domestic cricket was "not out of the woods" and that hosting the 16-team Twenty20 World Cup in October as scheduled was "unrealistic" due to travel restrictions.

He also confirmed CA would announce redundancies as part of a restructure on Wednesday.

"We will still need to reshape the cost base for Australian cricket to be able to prepare us for the future," he said.

© Copyright 2021 Reuters Limited. All rights reserved. Republication or redistribution of Reuters content, including by framing or similar means, is expressly prohibited without the prior written consent of Reuters. Reuters shall not be liable for any errors or delays in the content, or for any actions taken in reliance thereon.
Related News: Kevin Roberts, CA, Nick Hockley, Eddings, CEO
COMMENT
Print this article 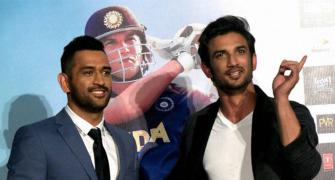 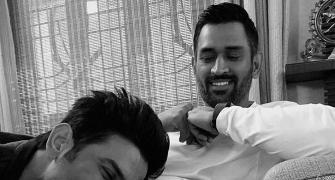 'US Open will go ahead without fans amid COVID-19'