Here's why Rohit was not picked for SA ODIs... IMAGE: Rohit Sharma will keep working on his rehab and fitness. Photograph: BCCI/Twitter

Chief selector Chetan Sharma, on Friday, said his committee did not want to take any chance with skipper Rohit Sharma for the upcoming three ODIs in South Africa as there are many important series and a T20 World Cup lined up in the coming year.

After a chat with the white-ball captain, the selectors believed it would be prudent for Rohit to keep working on his rehab and fitness, instead of travelling with the team to South Africa.

"This is the only reason we decided that he (Rohit) goes and do his rehab, work on his fitness, work on his muscles," Chetan said at a media conference after announcing the team for the matches against South Africa.

Rohit, one of the finest white-ball exponents, was ruled out of the ongoing three-match Test series in South Africa after his old hamstring injury resurfaced during the team's training session in Mumbai.

In Rohit's absence, the in-form KL Rahul will lead the 18-member squad in South Africa.

"There is so much cricket (happening). No player wishes for an injury, everybody wants to play, nobody gets injured intentionally."

Rohit has been doing his rehab at the Bengaluru-based National Cricket Academy. 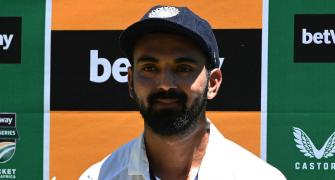 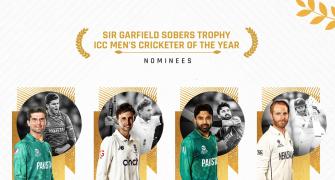