IMAGE: Mumbai Indians all-rounder Hardik Pandya struggled in the second leg of IPL in the UAE, scoring 75 runs in five matches with a best of 40 not out but didn't bowl a single over. Photograph: BCCI

All-rounder Hardik Pandya will be staying with the Indian team but is expected to play purely as a batter in the T20 World Cup as his back is still not in a condition to take the stress of fast medium bowling.

It is learnt that KKR's all-rounder Venkatesh Iyer is likely to be asked to stay in the bubble as cover.

Mumbai Indians all-rounder Hardik struggled in the second leg of IPL in the UAE, scoring 75 runs in five matches with a best of 40 not out but didn't bowl a single over.

The Indian selectors have named Hardik in the T20 World Cup squad, but the Baroda all-rounder has not been bowling for Mumbai Indians, two years after undergoing a back surgery in the UK.

"Hardik Pandya is absolutely fit and he will bowl his quota of overs in every match," chief selector Chetan Sharma had said after picking the Indian team for the T20 World Cup last month.

The legendary Sunil Gavaskar said that Hardik Pandya not bowling in the IPL was a 'big blow' for not just Mumbai Indians but also the Indian team at the T20 World Cup.

"Hardik Pandya, not bowling is a big blow, not just for Mumbai Indians, but for India as well, because he was taken in the team as an all-rounder. And if you are in the team, batting at No. 6 or No. 7, and you're not able to bowl, then it makes it difficult for the captain.

"He doesn't get the flexibility and option that is so required for somebody batting at No. 6 or 7 like an all-rounder," said Gavaskar. 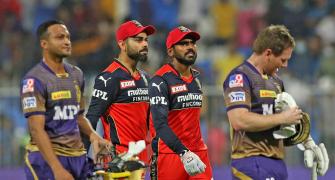 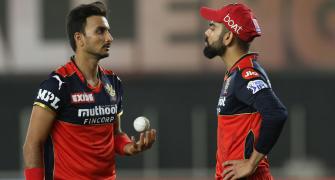 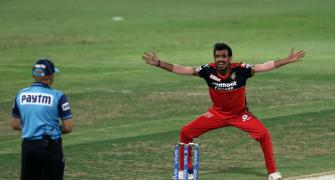 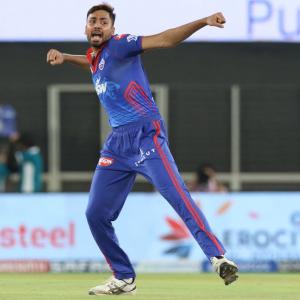