News
Business
Movies
Sports
Cricket
Get Ahead
Money Tips
Shopping
Sign in  |  Create a Rediffmail account
Rediff.com  » Cricket » I have pulled out of IPL due to personal reasons: Harbhajan

I have pulled out of IPL due to personal reasons: Harbhajan

‘I would only say that there are times when family takes precedence over sport. My young family is my focus of attention now. But yes, my heart will be in the UAE with my team.’ 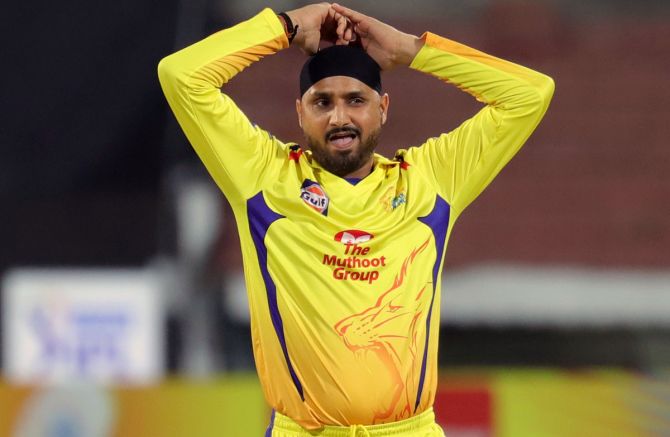 Senior off-spinner Harbhajan Singh on Friday became the second high-profile name to pull out of this year's Indian Premier League (IPL) owing to "personal reasons", saying he has informed the Chennai Super Kings team management about his decision.

The 40-year-old, who has been a part of CSK during the past two seasons is currently in Jalandhar, Punjab, with his family, has requested privacy. The IPL starts on September 19 in the UAE after being moved out of India due to the COVID-19 pandemic.

"I have informed the CSK management about my decision to pull out of this year's IPL. I have decided to take a break due to personal reasons in these difficult times. I expect that everyone would respect my need for privacy," Harbhajan, who was bought by the franchise for Rs 2 crore this season, told PTI on Friday.

Harbhajan said that he was indebted to the CSK management for understanding his priorities.

"When I told the CSK management about my decision, they were very supportive and I can't thank them enough for that," Harbhajan said.

Once Harbhajan officially announced his pull-out, CSK issued a statement, backing the player

"Harbhajan Singh informed us he won't be available due to personal reasons. Team Chennai Super Kings is supportive of his decision and stands by him and his family during these testing times," CSK tweeted CEO KS Viswanathan's statement.

It's not clear if CSK will opt for a finger spinner as replacement or would seek a batsman as they have a lot of depth and quality in bowling.

Harbhajan is one of the most successful bowlers in the history of IPL with 150 wickets and is only third behind Lasith Malinga (170) and Amit Mishra (157).

At this point, he said it was important for him to devote time to his young family, comprising wife Geeta and four-year-old daughter Hinaya.

"I would only say that there are times when family takes precedence over sport. My young family is my focus of attention now. But yes, my heart will be in the UAE with my team.

"I am sure that Chennai Super Kings will put up yet another fabulous performance," said India's third highest wicket-taker in Test cricket.

Harbhajan didn't attend the side's pre-departure camp in Chennai and was to join his teammates on the day of their flight to Dubai.

He had apprehensions about participation in this edition and was asked by the CSK management to take his time before coming to a decision.

A source close to Harbhajan said that it would be "absurd" to attribute the decision to 13 COVID-19 cases in CSK camp, including pacer Deepak Chahar and batsman Ruturaj Gaikwad.

"It wasn't about the COVID cases in the Chennai camp. But if you have a wife and toddler staying in India for three months, your mind will be diverted and you can't fully focus on the game. Then it doesn't matter whether you get 2 crore or 20 crore. Money is last on your mind," a friend of the player told PTI on conditions of anonymity. 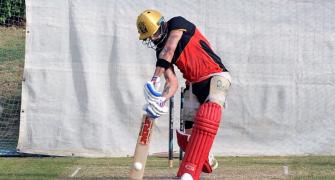 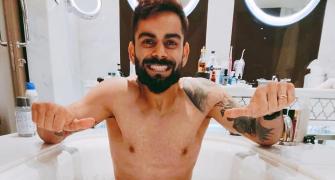 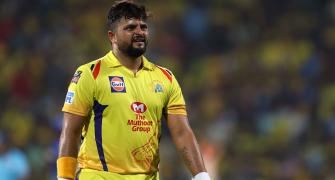 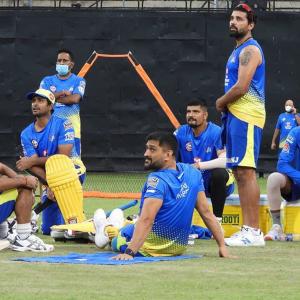 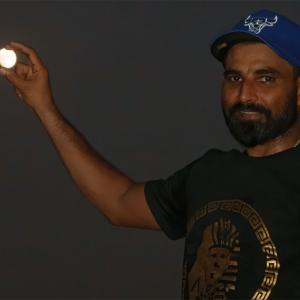