News
Business
Movies
Sports
Cricket
Get Ahead
Money Tips
Shopping
Sign in  |  Create a Rediffmail account
Rediff.com  » Cricket » Could this be the most watched IPL ever?

IPL could reach more than 530 million viewers on TV and a few hundred million more online.
But can it make money for Disney Star?
Vanita Kohli-Khandekar reports. Will Chennai Super Kings Captain Mahendra Singh Dhoni take charge behind the wickets first? Or will it be Aditya Tare of Mumbai Indians?

The toss of a coin at the inaugural match of the Indian Premier League in Dubai/Abu Dhabi/Sharjah on September 19 will settle that.

Ever since it was announced that the delayed-due-to-the-pandemic IPL will be held sans spectators in the United Arab Emirates, fan sites have been rife with speculation.

There is, however, no speculation on the viewership.

"Ratings will be good. This will be the biggest IPL ever," says Vinit Karnik, business head for entertainment, sports and live events, Group M, India's largest media buying agency.

"Dream11 IPL will be the biggest platform available for marketers during this festive season. With matches beginning half-hour early (at 7:30 pm IST instead of 8 pm), fewer double headers (two matches a day) and stay at home fans anxiously waiting for their favourite cricket tournament, Dream11 IPL will be the most-watched season ever," declares Gautam Thakar, CEO, Star Sports.

Over 462 million Indians watched IPL last year. This includes out-of-home viewing at pubs, restaurants and so on, says the Broadcast Audience Research Council.

Based on the growth rate for the last four years and the pandemic-fuelled surge in TV viewership, this edition of the IPL could hit over 530 million viewers. That is just on TV.

Disney Star also owns Disney + Hotstar, the second largest OTT in the country. IPL 2019 had seen a consolidated viewership of 613 million; this one should cross 700 million, analysts estimate.

This is where the speculation begins. Over the two years since it has held the rights, Disney Star has done well on viewership, especially in Indian languages and also on revenue.

This year, if Star manages a revenue of Rs 3,300 crore to Rs 3,500 crore (Rs 33 billjuon to Rs 35 billion), it will have done a fantastic job, point out industry watchers. But it would still not be close to covering its annual outgo and running expenses on the IPL.

"There has been no marquee live sports for a long time. So at a philosophical level the Dream11 IPL signals a return of life to normalcy," says Thakar.

Add to that, pent-up demand.

Many brands had held off spending in the last five months. On TV, fresh programming in July has already perked up the ad demand.

Of the four major sports properties - IPL, Pro-Kabaddi League, Asia Cup and the T-20 World Cup --- only one is happening.

"In a market where sentiment is low, this (IPL) is a positive. For marketers, it's a make or break moment in a bad year," according to Shashi Sinha, CEO, IPG Mediabrands.

IPL is usually held in April. Many of the advertising deals were signed in March. Some seasonal ones have stayed on board at roughly the same rate of Rs 10 lakh to Rs 11 lakh (Rs 1 million to Rs 1.1 million) per 10 seconds. This is a bit over last year's rates, say buyers. Amazon, PhonePe have signed on and others are close to.

While in April, IPL has the field to itself, in September it will be fighting new seasons of blockbuster shows Kaun Banega Crorepati and Bigg Boss.

A late Diwali (November 14) means marketers might defer their spends to the second half of the IPL which ends on November 10. This would coincide with the festival bump. Or they might simply wait out for the next IPL in April 2021.

"The advertiser mix and the purse size has changed (gone down)," agrees Karnik.

There is talk of subscription revenues. After all, Disney + Hotstar has an estimated 10 million paying subscribers. But a bulk of IPL's revenues come from advertising. So, "it will fall short by Rs 500 crore to Rs 600 crore (Rs 5 billion to Rs 6 billion)," reckons Kunal Dasgupta, CEO, Triplecom Media iTap, and former CEO of Sony.

The second challenge is keeping to the rather intense 'bubble' protocol for matches and players by BCCI as a single case of COVID-19 could have repercussions.

The third challenge is "How families in homes will enjoy the stadium feel with tech-enabled value addition and innovation. Look at what the Danish soccer league did," says Karnik.

In May, a Danish team's fans took part in the game through a giant Zoom meeting. Disney Star is contemplating something similar, say industry insiders.

"Usually, the IPL is in 8 cities and 8 stadiums. Now people from anywhere can join in on Zoom. They could do Hotstar watch-along parties. Or have say six giant LED screens at the venue with 50 users per screen. In a 40 over match, that's more than 12,000 users. A vast number of people can be part of the action," says an analyst.

Action is something Indians have been thirsting for. 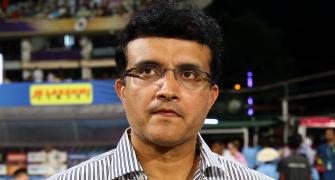 Why UAE was ideal destination for IPL 2020 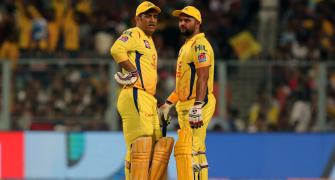 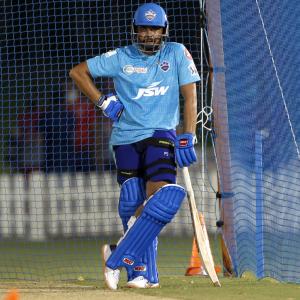 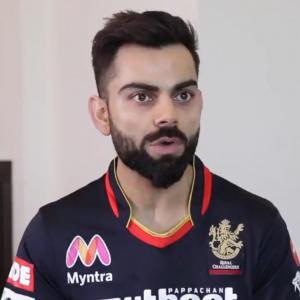