'Culture has changed in India that we can be good fast bowlers.'

A young Jasprit Bumrah in the company of the experienced Ishant Sharma, Mohammed Shami, Umesh Yadav and Bhuvneshwar Kumar has made India's bowling one of the world's most potent pace attacks.

"I see all of them together, the coaches, the fitness trainers and also I think the change in culture," Ganguly said replying to a question on 'who has played the major role in bringing up the change' on a chat show hosted by Test opener Mayank Agarwal on BCCI's Twitter handle.

There has been a surge in self belief among current crop of bowlers that they can be speed merchants, said Ganguly, who led some of the finest pacers like Javagal Srinath, Zaheer Khan, Ashish Nehra in his time.

"And that has made everyone understand and believe that if we are fit, if we are strong, and we can also bowl fast, like the others," he said in the BCCI series 'Dada Opens with Mayank'.

Recently, former Windies pacer Ian Bishop too had hailed the Indian pace attack and said they were at the forefront of the fast bowling renaissance in world cricket, something similar to they did in the 1970s and 80s.

Ganguly in jest recollected how batting great Sachin Tendulkar would always 'forced' him to face the first ball in a match as he preferred to start at the non-striker's end.

"Always he (Tendulkar) did and he had an answer to that," Ganguly told Agarwal who asked whether Tendulkar forced him to take the strike on the first delivery during their famed ODI opening combination.

Ganguly-Tendulkar holds the all time record of the highest opening partnership in ODIs as they have put together 6609 runs in 136 innings that includes 21 century partnerships and 23 fifty stands.

"I used to tell him 'Sometimes you also face the first ball. I'm always facing the first ball. He had two answers to it. One, he believed that if his form was good it should continue and he should remain at the non-striker's end.

"And then when his form wasn't good, he said 'I should remain at the non-striker's end because it takes the pressure off him."

But on a couple of occasions, Tendulkar would be tricked to face the first ball after being caught on the TV screen, Ganguly said in a lighter vein.

"So he had an answer for both good form and bad form, until and unless someday you walked past him and went and stood at the non-striker's end and he was already on TV and he would be forced to face the ball.

"And that has happened one or two times, I just walked past him and went and stood at the non striker's end," Ganguly said. 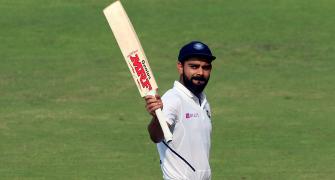 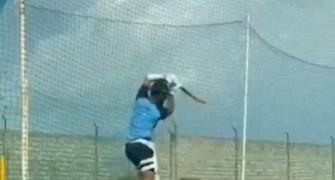 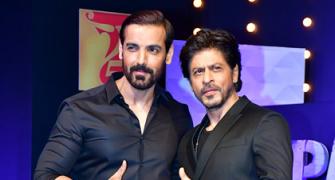