Gautam Gambhir was the most valuable player (MVP) of the recently-concluded India-New Zealand One-Day International series, but Yusuf Pathan, with that explosive century and eight wickets, wasn't too far behind.

The five most valuable players of the series were all Indians, which isn't such a surprise, because it was such a one-sided series, the hosts blanking New Zealand 5-0.

It is a pleasure to see off-spinner R Ashwin high on the list; he bagged a lot of wickets at a very decent economy rate and seems a great prospect.

Our formula to compute MVP picks out batsmen who score a lot of runs at a high strike rate, and bowlers who take a lot of wickets at a low economy rate.

Table 1: Most valuable players in the India-New Zealand series:

It has been a funny sort of ODI season for India. India have played most of their matches with Sri Lanka (7) and New Zealand (7). The other opponents include Zimbabwe (2), Bangladesh (1), Pakistan (1) and Australia (1).

The most prolific ODI scorer in the world --  Sachin Tendulkar -- doesn't even figure on the scorecard!

Virat Kohli, Gautam Gambhir and Rohit Sharma have scored the most runs, while Ashish Nehra, Praveen Kumar and R Ashwin have taken the most wickets. Ravindra Jadeja has scored runs and taken wickets without ever being convincing or captivating. One could say the same about India's lacklustre ODI season so far too. 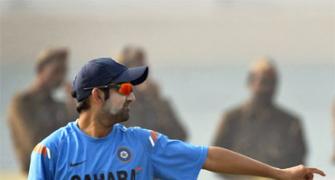 We are aiming for a clean sweep: Gambhir We were inconsistent: Vettori 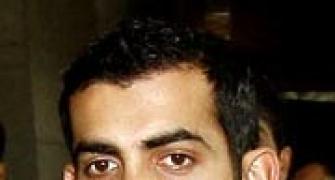