'My class is permanent and I will score runs.' 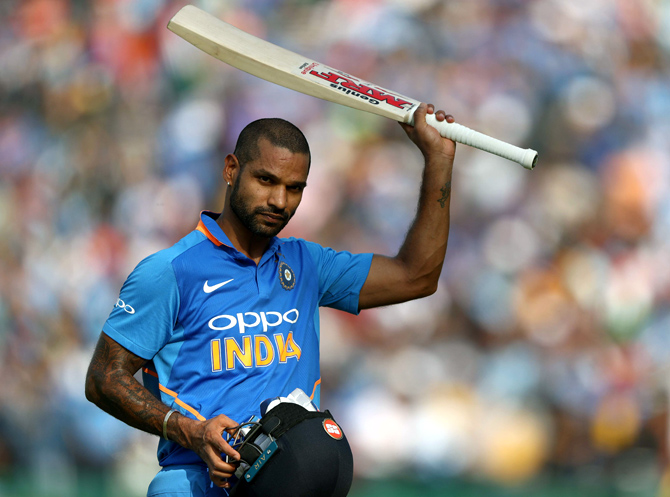 IMAGE: Shikhar Dhawan is back in the Indian team for the upcoming limited overs series against Sri Lanka and Australia next month. Photograph: Robert Cianflone/Getty Images

Fractured finger, swollen neck, bruised eye and gashed knee, Shikhar Dhawan endured a painful 2019 but the India opener is ready to make a fresh start reminding one that he 'hasn't forgotten how to bat'.

Dhawan, who will be leading Delhi in their Ranji Trophy game against Hyderabad, is back after recovering from a knee injury sustained during the Syed Mushtaq Ali Trophy, which required 25 stitches.

While he is back in the Indian team for the upcoming limited overs series against Sri Lanka and Australia next month, he knows that the road ahead is a bit tricky with KL Rahul in imperious form in white-ball cricket.

"This is a fresh start for me. I was hit on the finger, then on the neck, bruised eye and then stitches on the knee. Good news is New Year is coming. I am happy that KL has done so well. He has grabbed the opportunity. So I am going to go and express myself," Dhawan said in New Delhi on Tuesday.

One doesn't have control over injuries but the left-hander reveals he has never been affected by injury setbacks.

"Injuries are natural. You have got to accept that. It's fine and I don't create a big fuss about it. The start-stop thing doesn't affect me as I haven't forgotten how to bat. My class is permanent and I will score runs."

Dhawan accepts that the three-match T20I series against Sri Lanka, from which Rohit Sharma is taking a break, will be important for him as all three -- him, Rahul and Rohit -- are available for the following three-match ODI series against Australia.

"This is an important season. I would like to perform well in the T20s against Sri Lanka but the selection is support staff's headache. They will do their job and I will do mine. Looking forward to scoring big runs."

The 34-year-old, who played the last of his 34 Tests back in September 2018 against England, is playing a red-ball game after a good 15 months.

With Rohit and Mayank Agarwal making the Test slots their own and Prithvi Shaw waiting for his next chance, where does Dhawan fit in?

"Whether I am in Test team or not is immaterial. I know what game I have. I have scored runs in international cricket as well. I am happy to come back and play Ranji. I have grown from the Ranji level and can't be better that I am back here and also imparting knowledge to other kids."

Getting into the Test team will be a challenge but Dhawan says emphatically that he has never "shied away from challenges".

"My goal remains to play all three formats. I am working on that and even now when I passed the fitness test, the first 20 days I couldn't walk. Then I worked on my fitness. It was a deep cut. 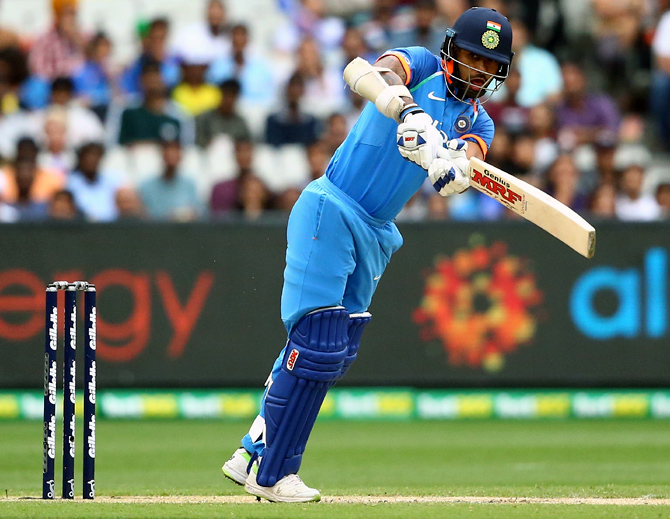 IMAGE: Shikhar Dhawan, who will be leading Delhi in their Ranji Trophy game against Hyderabad, is back after recovering from a knee injury sustained during the Syed Mushtaq Ali Trophy. Photograph: Mike Owen/Getty Images

There is a general feeling that India players don't turn up enough in Ranji Trophy but Dhawan feels that it also depends on the workload.

"If you have played an international series, then you need to give him (a player) rest so that he remains fresh. When you play for India, that's the priority. We are humans and not machines, so mentally and physically you need to be fresh.

"An international player knows how much he can stretch his body. There are times you get emotional and may be play for Delhi and in turn get injured and India assignment gets hampered."

But now that he is turning up for domestic cricket, Dhawan is ready to help any interested junior. In fact, one Hyderabad youngster got hold of the left-hander and wanted some tips on his batting and the senior star obliged.

"I don't think like an international star. I am very comfortable over here and I will make sure that we work as a team and I share my expertise and knowledge with them so that they are further groomed. If it benefits a youngster, then why not."

His dry patches in international cricket have often invited criticism but Dhawan is hardly perturbed.

"Critics do their own job and I don't ever get frustrated by that. If they feel that way, that's their opinion what can I do. In my heart I know that I have given my best. But if my best wasn't good enough for it, it's fine, I accept it," he said.

As he wished everyone Merry Christmas, he revealed why this New Year is doubly special for him.

"My wife (Ayesha) with our son (Zorawar) is finally shifting base to India. So I will always have my family by my side," Dhawan said gleefully. 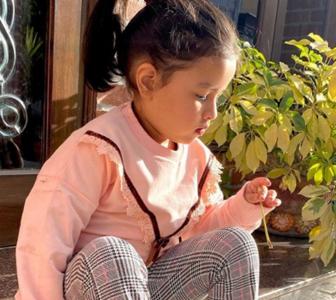 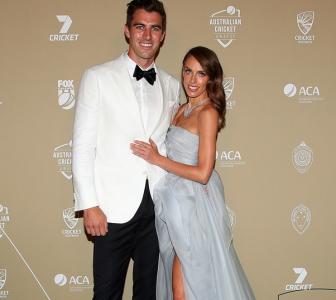 What Cummin's GF wants to do with his IPL pay cheque