Former New Zealand cricket all-rounder Chris Cairns is on life support at a Canberra hospital after recently collapsing with a health problem in Australia, New Zealand media reported on Tuesday.

Cairns, 51, had undergone several operations after suffering a heart problem but had not responded to treatment as hoped, Newshub reported.

A New Zealand Cricket spokesman said the board was respecting Cairns's right to privacy and declined to comment on the situation.

Cairns was one of the best all-rounders of his era, especially in the shorter formats.

Cairns has lived in Canberra for several years after his marriage to Australian Melanie Croser in 2010.

After retiring from international cricket, Cairns was the subject of allegations of match-fixing in India as captain of the Chandigarh Lions in the defunct Indian Cricket League (ICL) in 2008.

He denied any wrongdoing and fought several legal battles to clear his name, winning a libel case against former Indian Premier League chairman Lalit Modi in 2012.

In 2015, he was cleared of perjury in relation to the libel case after being charged by Britain's Crown Prosecution Service.

© Copyright 2021 Reuters Limited. All rights reserved. Republication or redistribution of Reuters content, including by framing or similar means, is expressly prohibited without the prior written consent of Reuters. Reuters shall not be liable for any errors or delays in the content, or for any actions taken in reliance thereon.
Related News: Chris Cairns, Newshub, Canberra, Chandigarh Lions, IMAGE
COMMENT
Print this article 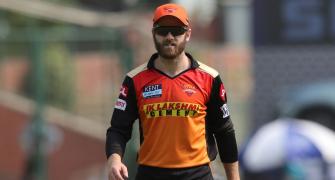 ICC to push for cricket's inclusion at 2028 Olympics