Shivnarine Chanderpaul defied England once again with a tenacious unbeaten 87 to lead West Indies to 243 for nine on the first day of the opening Test at Lord's on Thursday.

The obdurate left-hander, reprieved on 15 after reviewing an lbw decision, frustrated the hosts with his awkward crab-like stance and intense concentration to keep his team in the game after England had won the toss in favourable bowling conditions. 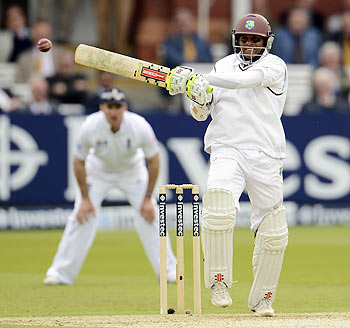 Fast bowler Stuart Broad completed figures of six for 72 and James Anderson claimed two early wickets but they could not find a way through Chanderpaul's defences.

England thought they had dismissed him when he shouldered arms to a full-length ball from Anderson and umpire Marais Erasmus raised his finger but a review showed the ball would have missed off stump and Chanderpaul survived.

The world's top-ranked Test batsman occasionally came out of his shell with crisp attacking strokes, punching the ball through the covers or sweeping powerfully on the leg side.

He reached his 60th Test fifty with a firm push for two off Anderson and looked in complete control on his sixth tour of England.

Chanderpaul, 37, added 81 for the fifth wicket with Marlon Samuels who batted with commendable restraint to reach 31 before he drove airily at Broad and gave debutant Jonny Bairstow a sharp high catch at cover point.

Broad had Denesh Ramdin caught at first slip by captain Andrew Strauss for six but Chanderpaul received sensible support from skipper Darren Sammy who made a patient 17 before falling to Broad with the second new ball, caught by Tim Bresnan in the gully.

Kemar Roach became Broad's fifth victim when he spooned the ball back to the bowler who dived to his left and held a fine low catch. It was the tall fast bowler's fifth five-wicket haul in Tests.

Chanderpaul pulled Broad for successive fours just before the close to edge towards his 26th Test century but Fidel Edward's was brilliantly caught one-handed by diving wicketkeeper Matt Prior off Broad in the day's final over.

Strauss had won the toss under grey skies and Anderson took two early wickets to reduce the touring side to 32 for two.

Anderson ended Kieran Powell's nervous 29-ball innings of five with a fine delivery which nipped back to clip the left-hander's off stump as he tried to leave it.

Kirk Edwards also struggled in the unfamiliar conditions and he was trapped lbw for one playing across the line but Adrian Barath and Darren Bravo took West Indies to 83 for two at lunch.

Opener Barath fell early in the afternoon session for 42, driving loosely at a wide ball from Broad and giving Anderson a high catch in the gully which he grabbed at the second attempt.

The diminutive Barath had batted through the morning with a mixture of watchful defence and nine crisp boundaries through the covers and straight down the ground.

Bravo was badly dropped by Graeme Swann at second slip off Anderson but he failed to take advantage of the lifeline and was needlessly run out for 29 in the next over.

Bravo recklessly charged through for a quick single and with Chanderpaul staying firmly in his crease both batsmen ended up stranded at one end.

Although Prior threw the ball wildly back to the bowler, Swann dived to gather it and break the stumps, reducing West Indies to 100 for four.

A. Barath c Anderson b Broad 42

S Chanderpaul not out 87

F Edwards c Prior b Broad 2

© Copyright 2020 Reuters Limited. All rights reserved. Republication or redistribution of Reuters content, including by framing or similar means, is expressly prohibited without the prior written consent of Reuters. Reuters shall not be liable for any errors or delays in the content, or for any actions taken in reliance thereon.
Related News: Shivnarine Chanderpaul, James Anderson, Adrian Barath, Tim Bresnan, Andrew Strauss
SHARE THIS STORYCOMMENT
Print this article
Samuels, Ramdin return for England Test series 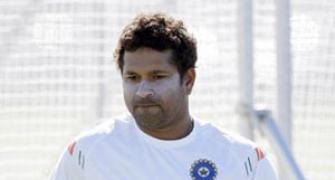 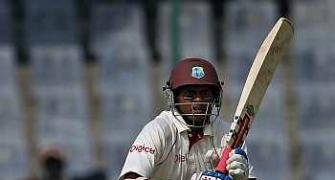 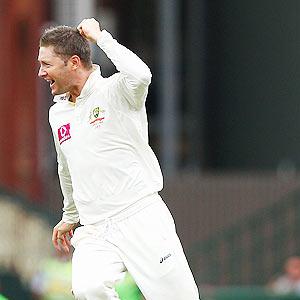