"No words can do that game justice! What a game of cricket! Congratulations @englandcricket .. you deserve it!" Shrubsole tweeted.

Fast bowler Katherine Brunt said the match was unbelievable. She also added that both New Zealand and England have made their countries proud.

"What an unbelievable game of cricket!! Thank you for the entertainment from both sides boys, they've all done themselves proud Enjoy every moment," Brunt said.

England Cricket posted a video on Twitter wherein some of the 2017 World Cup winning players can be seen cheering for the men's team as the latter scripted history.

Batter Danielle Wyatt, who was watching the match at Lord's, said the "scenes" were unbelievable.

During the ICC Women's World Cup final between England and India at Lord's two years ago, Shrubsole took a six-wicket haul to deny India its first-ever title. Mithali Raj and her girls fell nine runs short.

The ICC Men's Cricket World Cup final on Sunday witnessed a first-ever Super Over in which England came out triumphant as they had scored more boundaries in the match to lift their maiden 50-over title.

Both the 50-overs match and the Super Over ended in a tie.

In the Super Over, England scored 15 runs and they were able to restrict New Zealand to 15 runs. While in the 50-over spell, both England and New Zealand registered scores of 241. 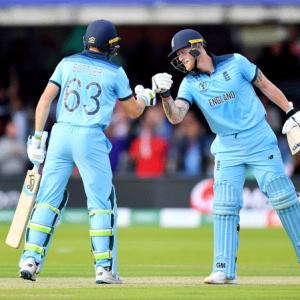 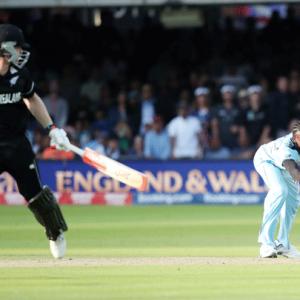