England beat New Zealand in the World Cup final at Lord's on Sunday. The match was tied after both teams scored 241 runs. Following is how the Super Over unfolded. 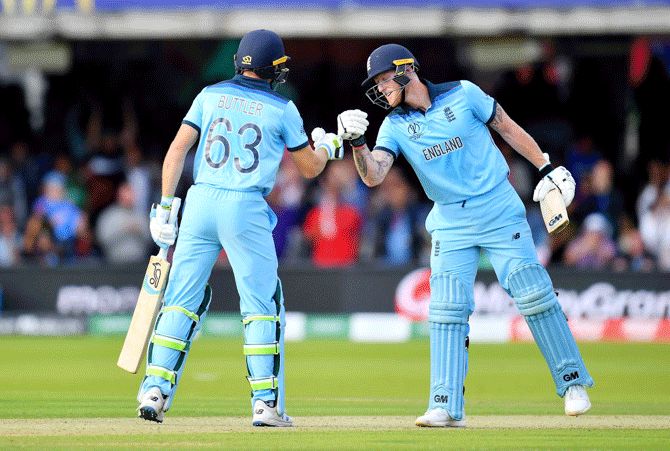 IMAGE: Jos Buttler and Ben Stokes came out to bat for England in the Super Over. Photograph: Clive Mason/Getty Images 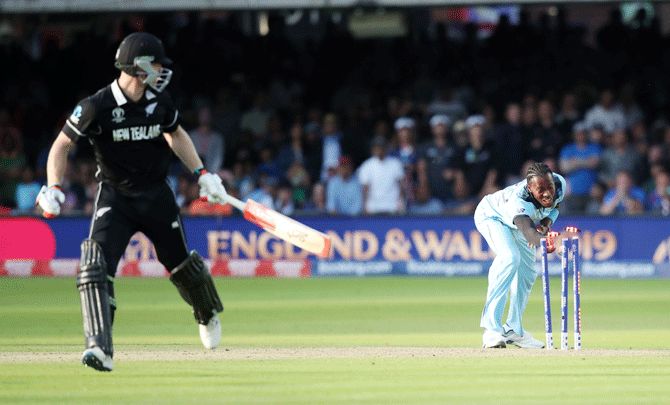 IMAGE: Jofra Archer attempts a run-out in the Super Over. Photograph: Peter Cziborra/Action Images via Reuters 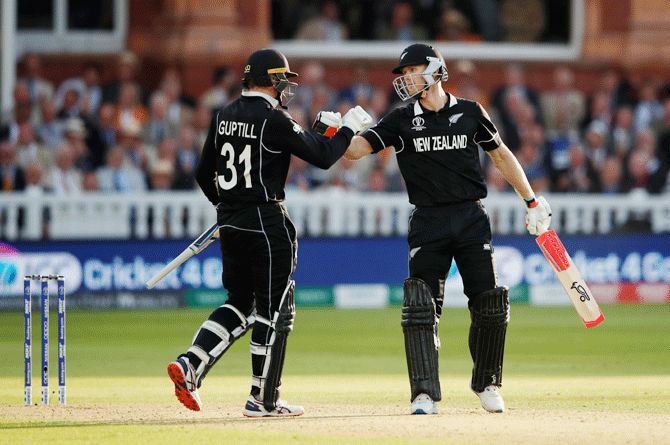 IMAGE: Jimmy Neesham and Matin Guptill pump fists after the former hit a six in the Super Over. Photograph: Andrew Boyers/Action Images via Reuters 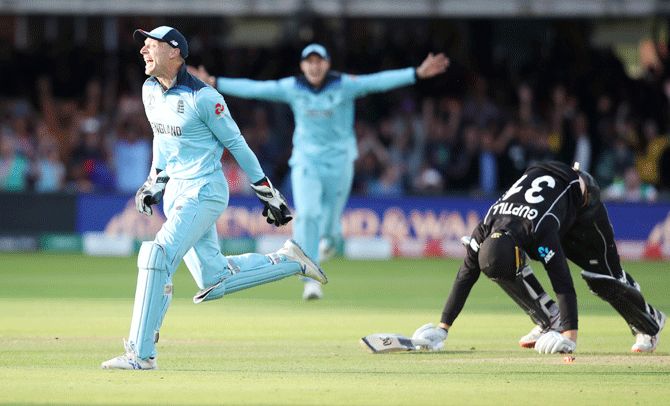 0.6 - 1 run, Guptill flicks to deep mid-wicket, fails to complete second run and is run out.

England won the match by virtue of hitting more boundaries in the match and the Super Over, 26 to New Zealand's 17.

© Copyright 2020 Reuters Limited. All rights reserved. Republication or redistribution of Reuters content, including by framing or similar means, is expressly prohibited without the prior written consent of Reuters. Reuters shall not be liable for any errors or delays in the content, or for any actions taken in reliance thereon.
Related News: Jimmy Neesham, Jos Buttler, Jofra Archer, IMAGE, Martin Guptill
SHARE THIS STORYCOMMENT
Print this article 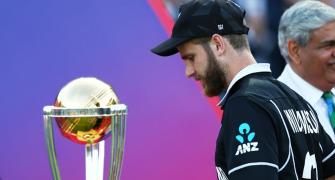 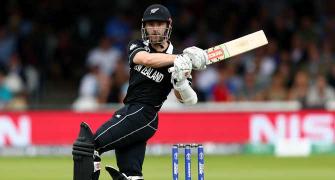 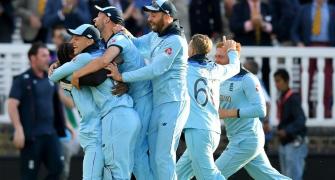 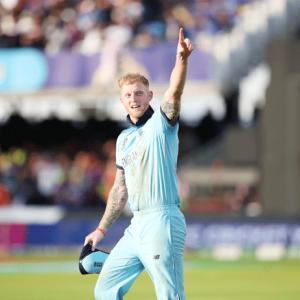 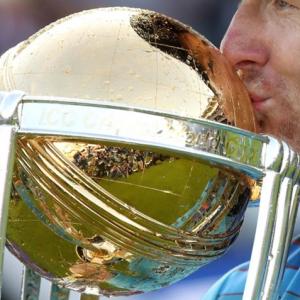