'England should be ashamed for sidelining Bairstow'

Boycott spells out his disappointment with England selectors for not replacing Buttler with Bairstow for 2nd Test vs India. 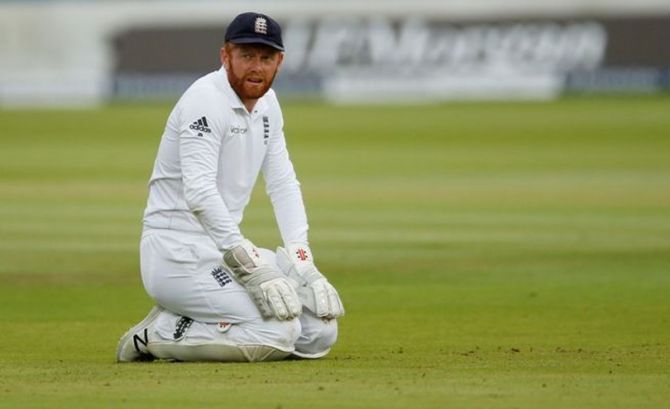 IMAGE: 'Jonny Bairstow scored runs in Sri Lanka, he is used to India after two years in the IPL and he has a proven track record.'Photograph: Andrew Boyers Livepic/Action Images via Reuters

Former England captain Geoffrey Boycott feels that the current team management should be "ashamed" of how it has handled the Test career of Jonny Bairstow, who has been rested for the first two games in India.

Bairstow, who is a wicketkeeper-batsman, played the two Tests in Sri Lanka as a specialist batsman before being sent back home as part of England's workload management for its players.

Bairstow will be available for the final two Tests in India but Boycott feels he should have replaced Jos Buttler as the wicket-keeper batman for the second Test. Buttler has been rested after featuring in the first Test in Chennai and he will return to India for the tour's limited overs leg.

"So I get Buttler leaving India but it is poor that Bairstow is not replacing him for the second Test. It has to be because Ed Smith (chief selector) wants to see this other kid, Foakes, get a go. Smith clearly does not want Jonny playing as a keeper-batsman," Boycott told The Telegraph.

"He (Bairstow) has always said he wants to follow his father as a keeper-batsman. He does not want to be just a specialist batsman but Smith has made that decision and I feel it is unfair. Jonny has missed his opportunity to keep wicket again and England should be ashamed of what they have done to him.

"It seems as if England bring him in and push him out when it suits them. He must feel like a yo-yo."

Boycott claimed the break after the Sri Lanka tour was forced on Bairstow.

"Bairstow was not exactly looking for a rest, it has been forced on him. He would have been queuing up to stay in India and take the gloves. Jonny scored runs in Sri Lanka, he is used to India after two years in the IPL and he has a proven track record," he said.

"You would think England would welcome competition for places. It is good for the team. If Jonny came in and kept well and scored runs Buttler would realise he has to keep playing well to stay in the side.

"But no. That chance has gone and England will be weaker at a point when they should pick their best team to go 2-0 up in the series," Boycott added. 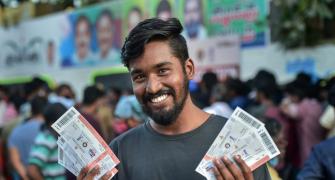 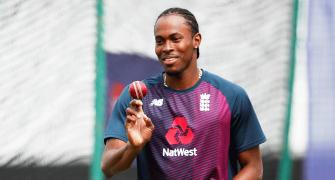 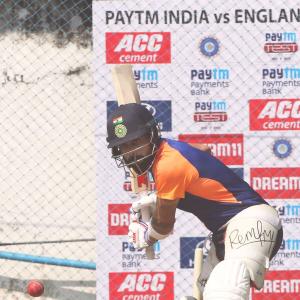 WATCH OUT Joe! Virat is coming for England 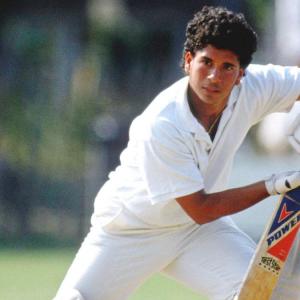